Pro-democracy protesters have marched in front of China’s liaison office in Hong Kong to demand information about a missing book editor and four of his colleagues, who worked for a company specialising in books critical of China’s government.

The few dozen protesters marched in Hong Kong on Sunday as they denounced China’s government and the Hong Kong government’s response on the disappearance of Lee Bo, who was last seen on Wednesday.

Hong Kong, a former British colony, is an autonomous region of China. John Lee, Hong Kong, acting secretary for security, said police were “actively” investigating the case and would widen the scope of their probe.

“The most scary thing is there’s no news and no proof of what happened to those five publishers,” Avery Ng, of the League of Social Democrats, told Al Jazeera.

At the time of his disappearance, Lee was the chief editor of Mighty Current, which sells books banned in the mainland.

READ MORE: China’s meddling with the media in Hong Kong

Lee, 65, is also one of the company’s major shareholders, according to the Hong Kong daily South China Morning Post.

Lee reportedly called and told his wife Sophie Choi that he was assisting with an investigation, and then told her not to make a scene about his disappearance.

The number indicated the call came from Shenzhen, the mainland Chinese city next door to Hong Kong, according to reports.

She is also quoted as saying Lee left behind his paperwork that he would have needed to get across the border, leading many to believe he was smuggled there by mainland Chinese security officials.

Aside from Lee, the company’s co-owner, Gui Minhai, is also among those missing, as are three staff members.

Mighty Current and its Causeway Bay Bookstore are known for gossipy titles about Chinese political scandals and other sensitive issues popular with visiting tourists from the mainland.

Albert Ho, a senior Hong Kong legislator, said on Sunday that the city was “shocked and appalled” by the disappearance of Lee and four of his colleagues.

He said that one possible explanation for the disappearances was that the publishing company was being pressured to scrap plans for an upcoming book rumoured to be about an old “girlfriend or mistress” of Chinese President Xi Jinping.

It is not uncommon in mainland China for company executives and dissidents to be detained for lengthy periods by the authorities, or vanish without anyone claiming responsibility.

However, the disappearances are unprecedented in Hong Kong and have shocked the city’s publishing industry.

Demonstrators on Sunday said the disappearance is part of China’s gradual process of grinding down freedom and autonomy in the city. 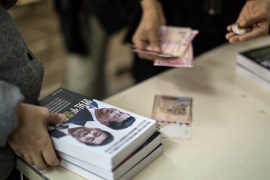 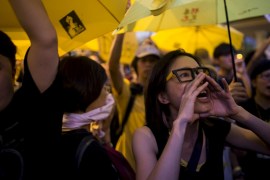 Frustrated activists now say they need to regroup and come up with new strategies to confront Beijing.