Zika is a virus transmitted to people through an infected mosquito, Aedes genus.

It prompts symptoms including fever, skin rashes, redness and joint pain for two to seven days.

The disease can be identified through a blood test and does not require any specific treatment or treatment in hospital.

However, the outbreak of Zika infections in Brazil has been linked to the birth of children with abnormally small heads and brain damage, causing alarm across the world.

The World Health Organization says the link between the virus and birth defects has yet to be firmly established, but says there is a high probability that the two are connected.

The WHO says it raised alarm over the outbreak for four main reasons:

– the possible association of infection with birth malformations and neurological syndromes

– the lack of population immunity in newly affected areas

– and the absence of vaccines, specific treatments, and rapid diagnostic tests

Dr Margaret Chan, WHO director-general, said the level of alarm was “extremely high”.

During the first week of infection, Zika can be passed from person to person through mosquito bites. To help prevent others from getting sick, infected individuals have to avoid mosquito bites during the week of illness.

There is currently no vaccine available, so the only way to prevent infection is by avoiding mosquito bites.

The countries affected by the Zika virus outbreak include Brazil, Colombia, Panama, Venezuela and 20 other mostly Latin American states.

Zika was first detected in 1947 in Uganda in monkeys and was subsequently identified in humans in 1952. For decades it caused only mild diseases across Africa and equatorial Asia. 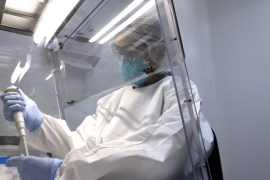 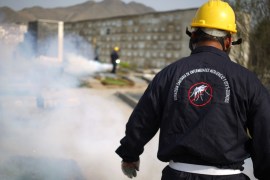