The leader of a month-long armed occupation at a wildlife refuge in the US state of Oregon has urged remaining supporters to leave the site and go home, a day after his arrest and the killing of his second-in-command.

Ammon Bundy was taken into custody with several members of his group following a shooting at a traffic stop involving the FBI on a highway north of the Malheur National Wildlife Refuge in southeast Oregon on Wednesday.

Bundy, 40, urged federal authorities to let his comrades leave the area without being prosecuted.

“To those remaining at the refuge, I love you. Let us take this fight from here. Please stand down… Go home and hug your families,” Bundy said in a statement read by his lawyer, Michael Arnold, following a court hearing.

It was not known exactly how many people remained at the compound, which was still surrounded by law enforcement officers on Wednesday as Bundy and his group were taken into custody after being stopped by the FBI and police on the highway.

Al Jazeera’s Allen Schauffler, reporting from Burns, said it was difficult to tell if Bundy’s supporters would heed his message.

“There have been reports out of the refuge that a couple of the higher-profile people that had remained behind have now left, but those reports have not been confirmed by law enforcement,” Schauffler said.

“And we’ve been watching an occasional live stream on YouTube from five people who are still in that refuge. They’re saying that they are there and they are going to stay.”

One militia member, Jason Patrick, told Reuters news agency by phone that some protesters had left through checkpoints set up by authorities, but he rejected the word “surrender”.

“I don’t know what surrendering looks like,” Patrick said. “They’re walking through the checkpoint and going home. That’s what I’ve heard unless I’m being lied to.”

Self-styled militia groups sympathetic to the occupiers – the Pacific Patriots Network, Oath Keepers, and the III% of Idaho – later said in a statement that all women and children had left the site. The groups said they had issued an immediate “stand by” order to followers.

“We have inside sources telling us that they have been in contact with the authorities trying to work out a peaceful resolution,” the statement said.

READ MORE: Deadly shooting during arrest of US militiamen

They announced that another three people had been arrested in connection with the armed group on Wednesday.

The authorities declined to say what led to the fatal shooting during the confrontation of a member of Bundy’s group, identified by Robert LaVoy Finicum, a farmer who had acted as a spokesman for the occupiers.

Bundy’s brother, Ryan, was wounded in the incident.

Bundy followers gave conflicting accounts of how Finicum died. One told the Associated Press that Finicum charged at FBI agents, who then shot him. A member of the Bundy family said Finicum did nothing to provoke the agents.

The arrested protesters were each charged in the US District Court in Portland with conspiracy to use force, intimidation, or threats to impede federal officers from discharging their duties.

During a brief hearing on Wednesday afternoon, the defendants were held without bail until a detention hearing set for Friday. 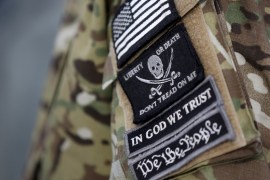 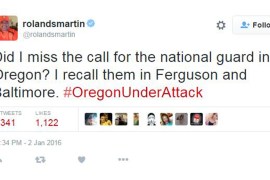 Social media mocks light treatment of group which occupied a US federal building in protest of judge ruling. 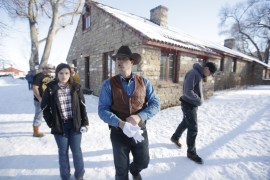 What will stop the Oregon standoff?

Armed men have occupied a US federal building for more than a week and show no signs of leaving.