Indonesian authorities have sent about 1,600 members of a religious sect for “re-education” following a public outcry over their activities, an official said Thursday.

The first batch of more than 300 people arrived on Monday.

Officials said they would be “re-educated” before being sent back to their hometowns on Java.

The controversy over Gafatar erupted this month after a doctor and her young son disappeared in the capital Jakarta, and were later found to have joined more than 100 other families in the movement.

Since then more families have come forward with reports of missing relatives, also believed to have joined the sect.

Islamic clerics in the Muslim-majority country said that the sect taught deviant teachings mixing Islam, Christianity and Judaism, and a group of locals attacked and torched homes belonging to Gafatar members on January 19.

Former Gafatar leader Mahful M Tumanurung told local media that the group is not part of Islam, but follows the teachings of Abraham – and is loyal to Indonesia. 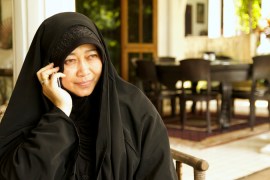 Indonesian and Malaysian authorities are keeping a close eye on local supporters of the hard-line Middle East group. 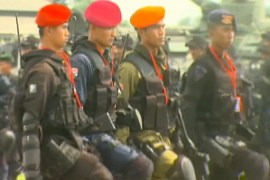