Scientists behind a “Doomsday Clock” that measures the likelihood of a global cataclysm say the world is still under grave threat.

The Bulletin of the Atomic Scientists announced on Tuesday that the minute hand on the metaphorical clock remained at three minutes to midnight.

The clock reflects how vulnerable the world is to catastrophe from nuclear weapons, climate change and new technologies, with midnight symbolising apocalypse.

Lawrence Krauss, chair of the bulletin’s Board of Sponsors, said the Iran nuclear agreement and Paris climate accord were good news.

But he said tensions between Russia and the US have grown, and it is not clear the Paris accordwill lead to concrete action to reduce greenhouse gas emissions.

The Bulletin of the Atomic Scientists was founded in 1945 by University of Chicago scientists who helped develop the first atomic weapons. The clock was created two years later.

The closest the clock has come to midnight was two minutes away in 1953, when the Soviet Union tested a hydrogen bomb that followed a US hydrogen bomb test.

The furthest from midnight it has been was 17 minutes in 1991 as the Cold War ended. 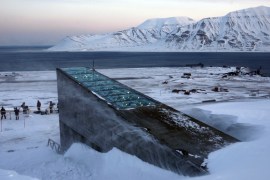