At least 29 people have been killed after at least three suicide bombers carried out a series of attacks at a market in northern Cameroon, Al Jazeera has learned.

The coordinated strikes occurred in the village of Bodo near the border with Nigeria on Monday, a source in Cameroon’s military told Al Jazeera.

The first explosions struck the road leading to the market. The second and third blasts hit the entrance and interior of the marketplace.

It was the second bombing incident to hit Cameroon this year. On January 13, a suicide bomber killed 12 people and wounded at least one other in an attack on a mosque in northern Cameroon.

In December, two female suicide bombers also blew themselves up in Bodo.

The attacks occurred about 27km from the town of Fotokol, also near the Nigerian border, which had been the subject of previous attacks last year.

No one has claimed responsibility for the latest attacks, but Cameroon and neighbouring countries have been carrying out offensives against the Boko Haram group, which declared allegiance to the Islamic State of Iraq and the Levant (ISIL) in 2015.

Boko Haram’s grip on the region has suffered as a result of assaults launched by local armies and a multinational force.

Boko Haram, which wants to implement a strict form of Islamic law in Nigeria’s northeast, has launched attacks in Nigeria and neighbouring countries including Cameroon over the past few months.

The group was using Cameroon’s impoverished far north to stockpile supplies and recruits until the government crackdown last year.

Cameroon is part of an 8,700-strong regional force led by Nigeria against the group. The United States has contributed military supplies and troops for assistance.

On Monday, the United Nations and partners are appealing for more than $820 million to help refugees and others affected by violence in Cameroon, Nigeria and Central African Republic.

Boko Haram’s six-year fighting has killed about 20,000 people and displaced 2.3 million, according to Amnesty International and the UN. 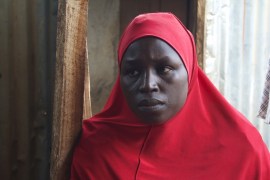 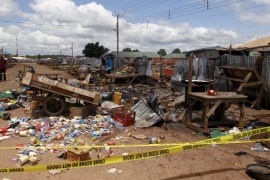 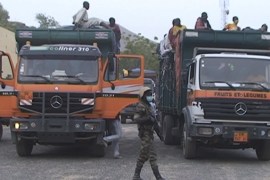