A post published to a Facebook page linked to Asma al-Assad, the wife of embattled Syrian President Bashar al-Assad, has revealed what appears to be a rare insight into family life as war rages.

As a conflict that has killed more than 250,000 people enters its fifth year, it seems that Assad’s three children are focused on learning new languages and practising their hobbies.

“Hafez, 14, shares his mother’s love for technology and computing and has become as tall as his father. He is learning Russian,” the post, published this week, read.

“Zain, 12, is learning Spanish. She has a strong, confident and warm personality, just like her parents.

“Kareem, 11, is as active as his mother and is the house sports star. He is learning Chinese.”

Despite the bloody war, photos of Assad and Asma socialising and meeting residents of Syria’s capital city, Damascus, are regularly posted to several social media platforms, including on an official presidency Instagram account.

The posts have drawn criticism from their opponents and praise from their supporters.

The centre of Damascus, where the family is believed to live, has been spared much of the violence that has swept the country since 2011, though sporadic mortars from rebel-held suburbs land there.

But a few kilometres away, suburbs of the city and towns near it are hit with incessant rocket and air strikes, and several areas are besieged.

The Assads are regularly accused by Western officials and by some Syrians on social media of being divorced from reality. Their supporters profess admiration for their continued public appearances, seeing them as a sign of strength.

On Monday, Asma spoke at an event honouring school pupils, at which she said that educational standards in the country had improved during the conflict.

“We are on the right track to achieve a scientific, systematic form of education,” she said in a 16-minute speech before she announced the winners of the Syrian Science Olympiad.

“The war emboldened us and increased our immune system, and this Olympiad is an example.”

The positive picture she painted of education standards in the fractured nation appeared to contrast with the findings of several UN agencies and aid organisations.

According to Save the Children, between 2.1 and 2.4 million Syrian children were unable to attend school in September 2015 as a result of the conflict.

The UN agency for children, UNICEF, has said that 25 percent of schools in Syria are no longer fit for use. 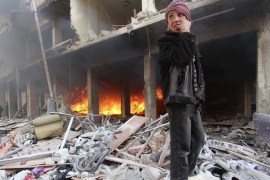 Syrian National Coalition says it will not agree to any peace process that includes President Bashar al-Assad. 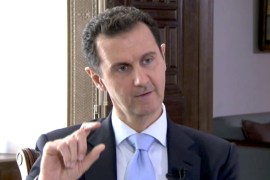 President refuses to step aside and tells state media he will not talk to the opposition until they give up arms. 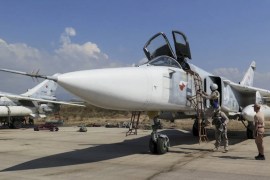