Amnesty International has urged Denmark’s parliament to reject proposed changes to the country’s laws on refugees that it says would “have a devastating impact on vulnerable people” and may violate international human rights laws.

In a statement on Thursday, the UK-based rights group said the reforms would see the Danish government seize assets of refugees and preclude them from reuniting with their family members for years.

Danish MPs are to vote on proposed amendments to the Aliens Act on Thursday. If approved, a final vote on January 26 would determine whether they become law.

The amendments include one that would force refugees – who have fled war – to wait three years before being eligible to apply to reunite with relatives who are in conflict-ridden countries or refugee camps.

“It’s simply cruel to force people who are running from conflicts to make an impossible choice: either bring children and other loved ones on dangerous, even lethal journeys, or leave them behind and face a prolonged separation while family members continue to suffer the horrors of war,” Gauri van Gulik, Amnesty International’s deputy director for Europe and Central Asia, said in the statement.

“Separation can have a devastating impact on families, including their rehabilitation from experiences of trauma and their ability to integrate and adapt to life in a new country.”

The legislation that has fuelled the most controversy proposes that Danish authorities seize asylum seekers’ cash exceeding $1,450, as well as any individual items valued at more than that amount.

Amnesty’s statement came a day after the European Union’s parliament voted in favour of requiring Denmark to send an official representative to explain its plan to take refugees’ assets.

Amnesty also listed “other equally far-reaching and regressive measures being moved swiftly through the country’s parliament”.

They include further restrictions on eligibility requirements for permanent residency, reductions to the length of temporary residence permits and the introduction of fees for family reunification applications, as well for the travel costs of family members to Denmark.

“The measures – including amendments passed in November 2015 making it possible for police to detain asylum seekers and migrants without judicial oversight – are part of the government’s stated aim to make Denmark less attractive to asylum seekers,” Van Gulik said.

Van Gulik called on the international community to pressure Denmark against taking measures that could undermine the “well-being and safety of refugee families”. 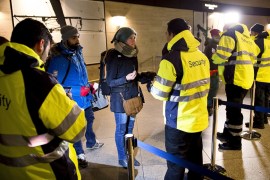 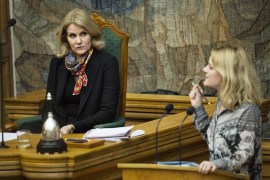 Bill will allow authorities to seize asylum seekers’ cash exceeding $1,450, as well as items valued at more than that. 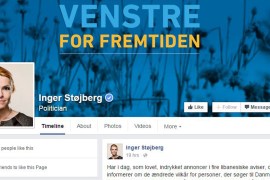