A woman has been stabbed to death in her home in the Israeli settlement of Otniel in the south of the occupied Palestinian territory of West Bank.

The Israeli military said on Sunday that the woman was killed by a Palestinian attacker and that soldiers were in pursuit of him.

Letter from Nazareth: The forgotten Palestinians

Otniel is located near Hebron, the West Bank’s largest city and a frequent flashpoint of violence.

Earlier in the day, a Palestinian man was shot dead by Israeli soldiers after allegedly trying to stab them near a base south of the West Bank city of Nablus.

No soldiers were harmed in the incident, the Israeli army said.

The last four months have seen near daily alleged attacks by, and killings of, Palestinians by the Israeli military.

Since October 1, at least 158 Palestinians and 24 Israelis have been killed in the violence.

Protests surged in frequency in September as right-wing Israeli settlers carried out incursions into the al-Aqsa Mosque, the third holiest site for Muslims.

Unrest has since spread throughout the West Bank, including occupied East Jerusalem, and Palestinian communities in Israel. 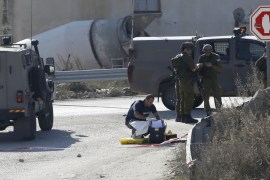 Death and humiliation: A tale of a Palestinian village

Sa’ir, a West Bank village, is the outcome of living in the intense microcosm of the Israeli occupation. 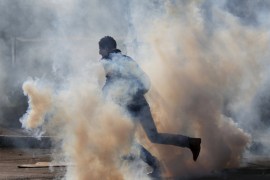 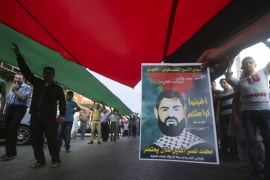