International sanctions against Iran have been lifted after the UN atomic watchdog announced the country had complied with the terms of last July’s landmark deal aimed at scaling down its nuclear programme.

US Secretary of State John Kerry, Iranian Foreign Minister Mohammad Javad Zarif, and other officials involved in the accord met in Vienna on Saturday as the diplomatic achievement unfolded.

Iran’s President Hassan Rouhani said it was a “glorious victory” for the “patient nation of Iran”.

“I thank God for this blessing & bow to the greatness of the patient nation of Iran,” Rouhani said on his official Twitter account.

Israel, however, responded with scepticism to the announcement, saying the world should not be “blinded” by Iran’s efforts to halt nuclear activity.

“Iran continues to aspire towards nuclear weapons – the international community mustn’t be blinded by the optimism of the IAEA report,” Israel’s ambassador to the UN, Danny Danon, said in a statement.

In an address to parliament on Sunday, Rouhani said only “extremists” were unhappy with the nuclear agreement.

Rouhani said the deal has “opened new windows for engagement with the world”.

Kerry said the steps taken by Tehran have fundamentally changed its nuclear programme.

Al Jazeera’s Jacky Rowland, reporting from Vienna, said the lifting on sanctions “will inevitably have an impact on the oil price, some analysts say it could go down to as low as $20 a barrel”, because its exports would rise, increasing supply further.

On Friday, oil prices fell to below $30 a barrel, a new 12-year low, amid renewed concerns of slow growth in China – the world’s second largest economy.

Farhad Alavi, a lawyer focusing on international business sanctions, said there will still be some obstacles for trade. American companies will not be able to directly do business in Iran, but third-party subsidiaries will now be able to.

“I think this is more psychological in many ways in terms of the actual impact – at least initially. Many companies are still in dark as to what the law is,” Alavi told Al Jazeera. 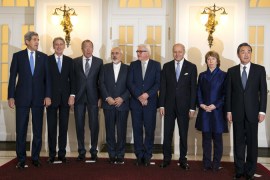 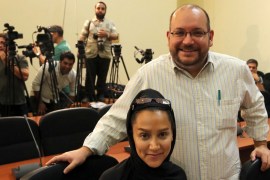 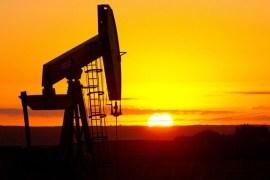