A deadly gun battle between Afghan security forces and rebel fighters near Pakistan’s consulate in the eastern city of Jalalabad has ended.

Afghan forces flushed out gunmen barricaded in a guest house near the consulate building in the border city, hours after a suicide bomber targeted a police patrol nearby, officials said on Wednesday.

At least 10 people were killed, including the three attackers, and 11 others were wounded in the attack.

Islamic State of Iraq and the Levant (ISIL) loyalists in Afghanistan claimed responsibility for the attack.

“The gun battle is now over. Three attackers have been killed, including the one who had detonated explosives on his body,” Attaullah Khogyani, the provincial governor’s spokesman, told Al Jazeera.

“The staff at the Pakistani consulate are safe and no one is hurt. Police are now clearing the incident vicinity.”

The Pakistani consulate is near the Indian consulate, a hospital and schools, and is usually busy during morning rush hour as people queue for visas.

It comes two days after Islamabad hosted a meeting of representatives of Afghanistan, Pakistan, China and the United States to restart a peace process with the Taliban.

ISIL has emerged in a number of different areas of Afghanistan and has vowed to step up operations.

The group even recently launched a radio station in the country to recruit fighters and stir up anti-government sentiment.

The Taliban have been fighting the newly emerged ISIL group since January 2015 and the clashes have increased over the past few months with dozens of fighters from both sides killed, most notably in the Taliban stronghold of Nangarhar province.

In recent years diplomatic missions have witnessed an increase in attacks by the Taliban, who have been waging an armed rebellion since 2001 when they were ousted from power by the US-led international forces.

In 2008, a car bomb at the Indian embassy in Kabul killed 58 people and the embassy was again hit by a suicide strike in 2009.

In May 2014, gunmen launched a pre-dawn attack on India’s consulate in the western city of Herat.

This month, the Indian consulate in the northern city of Mazar-i-Sharif was attacked. 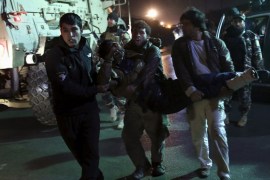 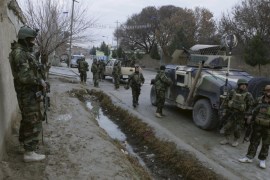 Fighters suspected to be holed up in nearby building after trying to enter consulate in city of Mazar-i-Sharif. 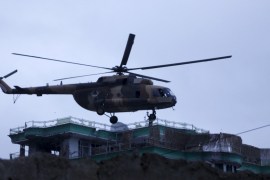 Three attackers, who had shut themselves in a nearby house, killed by security forces to end siege in Mazar-i-Sharif.