A member of a US family trapped and starved in the Syrian town of Madaya is criticising the US government for what he described as “total neglect” and “shocking behaviour” towards his family members.

Hussein Assaf, a Syrian American from Philadelphia area, told al Jazeera that members of his family were trapped in Madaya about 40km northwest of Damascus.

Madaya and Zabadani are towns outside Damascus with more than 40,000 residents which have been besieged for months by government forces and Lebanese Hezbollah fighters.

Assaf, 35, who works for a major US retailer, said that all of his family members were US citizens and have been communicating with the US embassy in Beirut asking for help, but the embassy offered them no help at all, he said.

He added that members of his family with five young children, all US citizens, emailed the US embassy in Beirut on several occasions in the past few months pleading for help, saying: “We [are] stuck, we tried to get out of here but we couldn’t. There is no way out and the life here is impossible. There’s no food and no medicine… We almost died… Please we need your help as soon as possible.”

He said that he could not reveal the names of his family members in Syria fearing for their lives while there.

According to the email exchange provided by family members in the US and seen by al Jazeera, the embassy in Beirut offered them no help.

Stating in an email that was not addressed to anyone by name, the embassy said: “Unfortunately, we are unable to assist you in this issue and you are advised to consider other options.”

Assaf told al Jazeera that he was “shocked and disappointed” at this response and at the apparent lack of interest on part of the US government to help his trapped family members in Madaya.

“We are fourth generation American citizens. My great grandfather served in World War I defending this country, and my brother is on active duty in the US army. We pay our taxes and we are loyal to this country, but in the eyes of this administration it appears to be that we are not American enough to help us in the hour of need.”

He added: “I blame the State Department for turning its back on my family.”

Assaf said his great grandfather migrated to the US in 1909 and served in the US army in World War I.

A spokesman for the US State Department in Washington DC told Al Jazeera in an email that “through our Czech Protecting Power, we are making every effort to assist US citizens who are trying to leave Syria.”

The US has closed its embassy in Damascus in 2012, and US interests there are served through the embassy of the Czech Republic in Damascus.

An estimated 400,000 people are living under siege in 15 areas across Syria, according  to the UN. 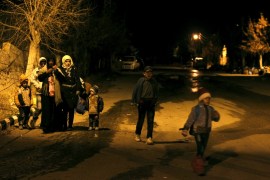 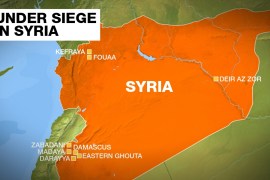 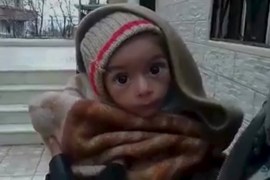