A Saudi-born suicide bomber affiliated with the Islamic State of Iraq and the Levant (ISIL) group has detonated a bomb in a historic district of Istanbul, killing at least 12 people, including at least 10 Germans, officials say.

Turkish Prime Minister Ahmet Davutoglu said the bomber who carried out the attack in Istanbul’s Sultanahmet district on Tuesday was a member of ISIL, and that the government would step up its operation against the armed group until it no longer “remains a threat” to Turkey or the world.

“Turkey won’t backtrack in its struggle against Daesh by even one step,” Davutoglu said, referring to ISIL by its Arabic acronym.

“This terror organisation, the assailants and all of their connections will be found and they will receive the punishments they deserve.”

The German foreign ministry on Wednesday said the number of Germans killed in the bombing has risen to 10, with five remaining in intensive care units.

Meanwhile, Turkish Deputy Prime Minister Numan Kurtulmus was quoted as saying the attacker, whom he identified as Nabeel Fadel, was a Saudi-born ISIL member. Kurtumulus said Fadel was not listed on the country’s security watch list, and entered Turkey from Syria recently.

Al Jazeera’s Sue Turton, reporting from Istanbul, said Fadel entered Turkey illegally as a refugee, but registered at a police station in Istanbul. She said the information the Turkish police have matched with the DNA sample of the suicide attacker, making it quick for authorities to identify him.

Davutoglu said the death toll of 10 did not include the suicide bomber.

At least 15 people were injured in the attack that occurred at about 10:20am local time on Tuesday morning.

Turkey has become a target for ISIL, with two bombings last year blamed on the armed group in the town of Suruc near the Syrian border and in the capital Ankara. The latter killed more than 100 people.

“We have been warning of such attacks,” Mandiraci said, adding that the latest suicide bombing “clearly shows” that government security “is still not sufficient in intensity”.

He also said that it has been known that ISIL-linked groups exist within Turkey, but it is unclear how they are “utilised” by the armed group.

“We know that there are people crossing into Syria, coming into Turkey, who are ISIL-linked and who have interest in destabilising Turkey further. And this is why it is important that the Turkish government continues the crackdown.”

Violence has also escalated in the mainly Kurdish southeast since a two-year ceasefire collapsed in July between the state and the Kurdistan Worker’s Party (PKK) armed group, which has been fighting for three decades for Kurdish autonomy. 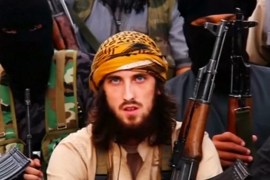 The urge is to become a hero that shakes the world, in fame and glory, which is not necessarily a religious passion. 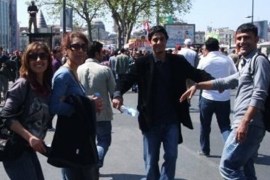