Tens of thousands of junior doctors have gone on strike in England over government plans to amend their contracts, the first walkout of its kind in 40 years.

The move on Tuesday follows months of negotiations to avert industrial action between the British Medical Association (BMA), which represents the doctors, and the Department of Health.

Jeremy Hunt, British secretary of state for health, says the proposed changes to the contracts of junior doctors are needed to help modernise the country’s National Health Service (NHS), but the BMA says the changes will penalise doctors who work unsociable hours and put further strain on resources.

In a statement published by the Department of Health on Tuesday, Hunt said a pay offer made to junior doctors was fair, and that he was “disappointed” the BMA proceeded with the walkout.

“We had made good progress in talks … everything apart from weekend pay. We have now asked ACAS [the arbitration service] to reconvene talks in the hope the BMA will return to sensible negotiations,” Hunt said.

The BMA said that it had been left with no option but to take industrial action despite “constructive” talks with the government.

“We have been clear throughout this process that we want to negotiate a contract that is safe and fair, and delivers for junior doctors, patients and the NHS as whole,” the chairman of the BMA junior doctors committee, Johann Malawana, said in a statement.

The organisation said Tuesday’s action was the first of three planned at the moment, with further strikes scheduled for January 26 and February 10.

Junior doctors will continue to provide emergency care during Tuesday’s strike and the one scheduled for January 26, but will fully withdraw services during the February strike.

Al Jazeera spoke to Dr Lamia Zafrani, a junior doctor at the Stepping Hill Hospital in the northern city of Stockport, who said that the government was taking advantage of junior doctors because they were locked in training programmes that could last up to 10 years.

What the proposed contract wants to do is stretch an already stretched service without injecting any further resources.

“As junior doctors, we work hard, we work unsociable hours and we work weekends … staying behind after work to make sure things are safe. The NHS runs on the goodwill of its staff,” Zafrani said.

“I’m an obstetrics and gynaecology speciality trainee, and babies aren’t born nine to five on a Monday to Friday, but what the proposed contract wants to do is stretch an already stretched service without injecting any further resources.

“Hunt wants a contract which would be unsafe for patients by removing safeguards which protect us from treating patients when we are overworked and without adequate rest. It would be detrimental to our training and unfair.”

Stressful and tiring working conditions were causing demoralisation within the NHS, and pushing more doctors towards looking for work in other countries, Zafrani said.

The NHS is widely considered to be one of the UK’s most treasured institutions, and a majority of the public are backing the strike, according to a recent poll by Ipsos Mori.

About 66 percent of those asked said they supported the strike and only 16 percent opposed it. 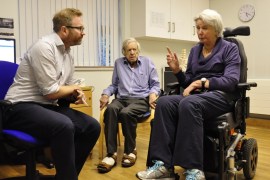 A medical practice in the heart of London shows the importance of good primary care – for both the system and patients. 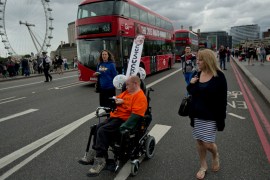 UN investigators to determine if the government committed “grave violations” after disabled people ordered back to work. 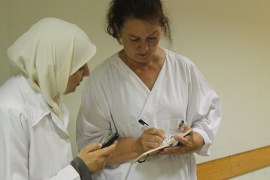 One year on, Palestinians are still healing from wounds inflicted by Israel’s 51-day war on Gaza.