German MPs are set to discuss in parliament the consequences of the mass sexual attacks in Cologne on New Year’s Eve, which have prompted debates on migration and security with reports that the assailants were of North African and Arab origin.

It is unclear whether Chancellor Angela Merkel, who has called for tougher deportation laws in response to the crimes, will deliver a statement at Monday’s meeting from her coalition government.

A regional parliamentary commission will also question police and others about the events on New Year’s Eve in Cologne.

Attacks on women in Cologne and other German cities on New Year’s Eve have prompted more than 600 criminal complaints, with police suspicion resting on asylum seekers, putting pressure on Merkel and her open-door policy towards migrants and refugees.

In Cologne, police said that 516 criminal complaints had been filed by individuals or groups in relation to assaults on New Year’s Eve, while police in Hamburg said 133 similar charges had been lodged with the north German city.

In Cologne, where a 100-strong force of officers continued their investigations, around 40 percent of the complaints included sexual offences, including two rapes.

Police confirmed to Al Jazeera on Sunday that the number of reported assaults in Cologne was still rising.

Merkel’s conservative Christian Democratic Union is scheduled to discuss the government’s response with its left-leaning coalition partner, the Social Democrats, on Monday.

The parliamentary secretaries of the parties will perhaps form a more detailed plan of the discussions at the start of the week, with internal party debates expected to take place on Tuesday.

According to the Financial Times, the chancellor has cancelled her regular trip to the Davos World Economic Forum In response to growing pressure.

The attacks, which led to violent far-right protests on Saturday, threaten to erode confidence in Merkel, and could stoke support for the anti-immigrant Alternative for Germany (AfD) party before three key state elections in March.

The Cologne attacks also heated up the debate on immigration in neighbouring Austria.

“What happened in Cologne is unbelievable and unacceptable,” Johanna Mikl-Leitner, Austria’s interior minister and member of the conservative People’s Party that is junior coalition partner to the Social Democrats, told the newspaper Oesterreich.

There had been a handful of similar incidents in the border city of Salzburg.

“Such offenders should be deported,” Mikl-Leitner said, backing a similar suggestion by Merkel.

Swiss media contained numerous stories about sexual assaults on women by foreigners, heightening tensions in advance of a referendum next month that would result in the automatic deportation of foreigners convicted of some crimes. 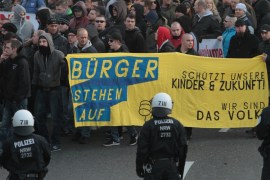 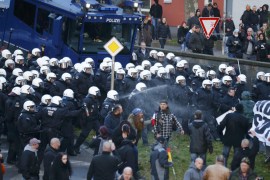 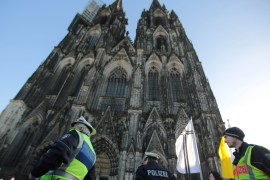