The US has deployed a B-52 bomber on a low-level flight over its ally South Korea in a show of force following North Korea’s nuclear test last week.

North Korea’s fourth nuclear test angered both the United States and China, although the US government and weapons experts doubt the North’s claim that the device was a hydrogen bomb.

The B-52, based in Guam and capable of carrying nuclear weapons, was flanked by two fighter planes, a US F-16 and a South Korean F-15, in a low flight over Osan Air Base on Sunday, before returning to Guam, the US military said in a statement.

Osan is south of Seoul and roughly 100 km from the North Korean border. The flight was “in response to recent provocative action by North Korea”, the US military said.

“B-52 missions reinforce the US commitment to the security of our allies and partners, and demonstrate one of the many alliance capabilities available for the defence of the Republic of Korea,” the US military said.

“The US maintains an ironclad commitment to the defence of our partner nation, and this combined mission demonstrates the strength of the alliance between the United States and the Republic of Korea and the resolve of both nations to maintain stability and security on the Korean Peninsula.”

North Korean leader Kim Jong-un maintains that Wednesday’s test was of a hydrogen bomb and said it was a self-defensive step against a US threat of nuclear war.

Any hint of the US” nuclear power enrages Pyongyang, which links its own pursuit of atomic weapons to what it sees as past nuclear-backed moves by the US to topple its government.

The B-52 flight follows a victory tour by North Korean leader Kim to celebrate the country’s widely disputed claim of a hydrogen bomb test. Kim is seeking to rally pride in an explosion viewed with outrage by much of the world and to boost his domestic political goals.

There was no immediate reaction from North Korea’s state media to the B-52 fly-over, which also happened after North Korea’s third nuclear test in 2013.

Since Friday, South Korea has been blasting anti-Pyongyang propaganda from huge speakers along the border, and the North is reportedly using speakers of its own in an attempt to keep its soldiers from hearing the South Korean messages. 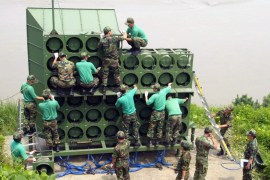 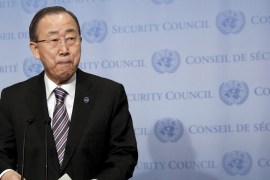