Jerusalem – Facebook, the social network, may have capitulated to the Israeli narrative and is taking the side of an occupying power, according to Palestinian journalists and activists.

“Israel doesn’t want the Palestinian story about violations against them in the occupied territories to reach a worldwide audience,” said Musa Rimawi, director of MADA, the Palestinian Centre for Development and Media Freedom.

The warning came following a decision by Facebook on Friday to disable several Palestinian accounts on the basis that they breached community standards.

Last week, four editors from the Shehab News Agency , which has more than 6.3 million likes on Facebook, and three executives from the Quds News Network, with about 5.1 million likes, reported they could not access their personal accounts.  Both agencies cover daily news in the occupied Palestinian territories.

Editors at the Gaza-based Shehab News agency say that the move was hardly surprising. This is the fourth time in a year that they have been censored by the social network, says Rimah Mubarak, director of Shehab news agency.

“Previously, it was the page that was suspended. One time it was suspended partially and back online after a week, the other two times the suspension was permanent, so we had to create a brand new page,” Mubarak told Al Jazeera. “We contacted Facebook many times [about the latest incident] but they never replied. The same has been happening  to many other pages and news agencies in Gaza.”

Facebook later said they had made a “mistake” and restored all pages except one of the editors’ accounts at Shehab agency.

“We want people to feel safe when using Facebook, and for that reason, we’ve developed a set of community standards which make it clear there is no place for terrorists or content that promotes terrorism on Facebook,” a spokesperson for the social media giant told Al Jazeera in a statement.

The biggest democracy in the ME needs Facebook to cover the reality about its crimes#FBCensorsPalestine #Boycott @facebook pic.twitter.com/v8b7s4Lw0X

Palestinian activists say the suspension is the result of an Israeli campaign to pressure Facebook to censor the Palestinian narrative.

The concern is that Facebook is adopting Israeli policy and terminology when it comes to defining what incitement is.

Nadeem Nashif, cofounder of the Arab Centre for the Advancement of Social Media

The Israeli government has repeatedly blamed the flare up of violence in Israel and the West Bank since last October – which claimed the lives of more than 220 Palestinians, 34 Israelis and two Americans – on online incitement.

Since then, hundreds of cases have emerged of Palestinians arrested by Israel for Facebook posts.

“The concern is that Facebook is adopting Israeli policy and terminology when it comes to defining what incitement is,” Nadim Nashif, cofounder of 7amleh, the Arab Centre for the Advancement of Social Media, told Al Jazeera.

Palestinians say that the root cause of the violence is to be found in the frustration and denial of rights that a generation growing up under military occupation has had to endure.

And it is this very frustration that, Palestinians say, has led youth to vocally express their views online – and to be arrested for them.

Since the beginning of October 2015, prisoners’ support group Addameer has  documented  more than 200 cases of arrests of Palestinians, including children, for alleged incitement.

The Haifa-based Adalah Legal Centre has put that number closer to 400, including 150 Palestinians in the West Bank, and 250 Palestinian citizens of Israel. Many of the cases, according to Addameer, have been placed under administrative detention due to lack of evidence.

“There is certainly deep concern that the law is being enforced in a discriminatory way,” lawyer Nadeem Shehadeh, a lawyer with Adalah’s Civil and Political Rights Unit, told Al Jazeera.

“The vast majority of arrests in 2015 and the first half of 2016 for charges related to alleged incitement on social media outlets have been of Palestinian citizens of Israel. New laws are regulating and impinging upon freedom of expression in the country – particularly for Palestinian citizens – and this is most worrisome,” Shehadeh said.

Ayelet Shaked of the right wing, settler-supported Jewish Home party, hailed the meeting as a success.

Several Israeli press reports suggested Facebook and the Israeli government would set up “joint teams” to counter online incitement, but no further details were provided. Gilad Erdan’s office did not respond to Al Jazeera’s request to elaborate.

“A Facebook delegation visited Israel as part of our ongoing dialogue with policymakers and experts around the world to keep terrorist content off our platform and support counter-speech initiatives,” a spokesperson for the social network told Al Jazeera in a statement.

As part of Israel’s online wars, last June, Shaked and Erdan have also proposed new legislation to force social networks to remove content that the government considers incitement, or block its access in the country when it is posted from a non-Israeli IP address.

“Facebook does know how to fight what it understands as problematic legislation,” says Tehilla Shwartz Altshuler, head of the Digital Age Programme at the Israel Democracy Institute, The question is, he added, after all, this is exactly what the government wants to achieve.

The social network has come under pressure from Israeli and American families of attack victims who are currently suing Facebook for $1bn, in an effort led by the legal advocacy organisation Shurat HaDin.

The company recently appointed a local government relations representative, Altshuler said, who previously worked as a consultant for the Netanyahu government.

According to Shaked, who herself famously posted an extract that called Palestinian children “little snakes”, said that Israel submitted 158 requests for Facebook over the past few months to remove what Israel deemed as “inciting content”, and the company complied with 95 percent of those requests. Facebook did not confirm or deny these numbers.

Facebook removes online content upon legal review of a government’s request if it finds that the content is illegal under local law, in which case it will be made unavailable in that specific country. Facebook publishes records of these requests, according to the network’s website.

Secondly, Facebook removes content that violates its own “community standards”. A ban on child nudity, for instance, was the reason for the recent removal of the iconic photograph from the Vietnam war that showed a little girl running away from a Napalm attack.

Unit 8200 , the branch of the Israeli military in charge of collecting online intelligence, monitors keywords on social media that are believed to incite. While military law, which applies to Palestinians in the West Bank, allows the prosecution of individuals for expressing sympathy with “terrorist activities”, “incitement to violence and terrorism” can carry a sentence of up to five years in prison under Israel’s penal laws.

On October 11, 2015,   Dareen Tatour , 34, a Palestinian with Israeli citizenship, was arrested and charged with alleged incitement based on a handful of her posts on Facebook, including a poem entitled “Resist, my people, resist them”. In another case, Majd Atwan, 22, a beautician from Bethlehem, was arrested after writing on her Facebook page “the news of 20 settlers injured is nice” following a bus attack in Jerusalem.

Anas Khateeb, a 19-year-old Palestinian citizen of Israel, was arrested over posts which included “long live the Intifada”, “Jerusalem is Arab” and “I’m on the waiting list”.

Inflammatory speech posted in the Hebrew language, on the other hand, has attracted much less attention from the Israeli authorities and Facebook.

A well-known repository of such speech is the Facebook page of right-wing Israeli rapper ” The Shadow “, who recently earned accusations of incitement from Israeli President Reuven Rivlin himself.

The rapper, with more than 250,000 followers on his page, has rallied people online to organise counter-demonstrations at left-wing events. Comments in reply to his posts can get particularly violent.

The rapper’s page, according to a report that studied online incitement in Hebrew in 2015, registered the highest number of inciting and racist comments.

Published by the Berl Katznelson Foundation, the report found there was a 20 percent increase in the number of inciting and racist statements among Hebrew speaking users on social media in 2015, as well as an increase of 40 percent in the number of calls for physical violence against Palestinians and other minorities including LGTB movement.

According to the study, 122,000 users directly called for violence with words like “murder”, “kill”, or “burn”. Arabs were the No 1 recipients of hateful comments.

“We have seen the impact of such incitement in the form of settler terror and trigger-happy soldiers executing injured Palestinians in the streets of the occupied state of Palestine,” said Saeb Erekat, secretary-general of the Palestine Liberation Organisation, in a recent statement in which he flipped the Israeli narrative and called for international protection.

For Nashif, Facebook’s bias is tantamount to the social network taking a stand with the occupation. “What is happening is that Facebook is adopting the definition of the occupier about what incitement is.” 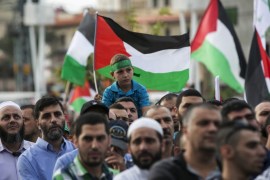 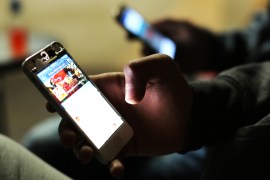 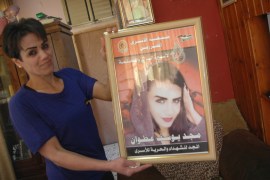