Azerbaijanis have started voting in a controversial referendum on boosting presidential powers, with opposition and rights groups denouncing the proposed amendments as a move to expand President Ilham Aliyev’s grip on power.

If passed, the referendum would extend the president’s term in office from five to seven years, would introduce a new position of first vice president – who would become the country’s second most powerful leader, instead of the prime minister as is the case now.

The proposed constitutional changes also allow the president to call snap leadership elections at will, and easily dissolve parliament.

Polls opened in the referendum at 0400GMT on Monday and were to close 12 hours later.

Opposition groups staged mass protests in the run-up to the referendum, accusing Aliyev of trying to extend his family’s control over the oil-rich former Soviet republic.

The Council of Europe’s constitutional law experts said the draft modifications of the constitution “would severely upset the balance of power by giving unprecedented powers to the president.”

Amnesty International said “the amendments will lead to violations of the right to freedom of association.”

“The referendum has been accompanied by arrests and intimidation,” the rights group said in a statement.

“Those who have attempted to criticise and campaign against these proposals have faced assaults and harassment by the authorities.”

Ilham Aliyev, 54, has led the country since his father Heydar, a former Communist-era leader, died after a decade in power in 2003.

He last won a landslide election victory in 2013 despite observers from the Organisation for Security and Cooperation in Europe pointing to significant problems with the vote, with the next elections to be held in 2018.

He can stand for an unlimited number of terms after a disputed referendum in 2009 scrapped the two-term limit on presidential mandates.

Azerbaijan, wedged between Iran and Russia on the Caspian Sea, has sought to position itself as a modern European state.

It hosted the Eurovision Song Contest in 2012 and this year hosted its maiden Formula One race in Baku.

But the opposition has raised the alarm over alleged human rights violations, with Human Rights Watch in May criticising the country for “cracking down on human rights activists and critical journalists”. 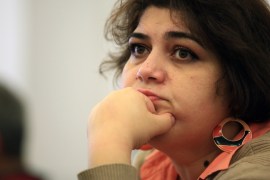 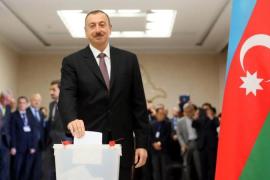 Ilham Aliyev sweeps to third term as president after poll that observers said did not meet international standards. 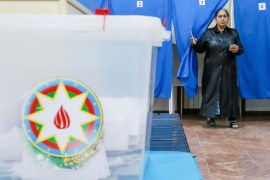