The world’s largest radio telescope has began operating in southwestern China, a project which Beijing says will help humanity search for alien life.

The mega telescope began working around noon, the official Xinhua news agency reported on Sunday, adding that it will explore space and search for signs of intelligent life.

The 1.2 billion yuan ($180 million) science mega-project is named after its huge dimensions: the Five-hundred-metre Aperture Spherical Telescope, or FAST.

Built within a valley surrounded by naturally-formed karst hills in China’s remote and mountainous southwestern Guizhou province, the FAST radio telescope’s huge dish is equal in size to 30 football pitches and was built from 4,000 individual metal panels.

It also required the relocation of 10,000 people living in the vicinity of the huge structure.

The feasibility study for the telescope was carried out over 14 years and construction took more than five years to complete.

Chinese state media have enthusiastically focused on FAST’s huge size, noting that it dwarfs by 200 metres the Arecibo Observatory in Puerto Rico, which at 305 metres in diameter had been the world’s largest single-aperture telescope since the 1960s until the Chinese telescope was completed in July.

Researchers at the National Astronomical Observatories (NAO) at the Chinese Academy of Sciences said that FAST was so sensitive at detecting signals from space that it offered far better potential for scientist to detect signs of life on other planets or galaxies.

“FAST’s potential to discover an alien civilisation will be five to 10 times that of current equipment, as it can see farther and darker plants,” the NAO’s Peng Bo told China’s official Xinhua news agency when construction on the radio telescope was completed in July.

FAST is expected to place China as the global leader in deep space radio telescope research for 10 or 20 years.

China’s space programme has been a priority for President Xi Jinping who is intent on making his country a space power. Beijing’s ambitions include putting a man on the Moon by 2036 and building their own space station – work on which has already begun – by around 2022.

China’s Jade Rabbit space rover landed on the Moon in 2013, marking the first such landing on the Moon since 1976.

China insists its programme is for peaceful purposes. The US defence department has highlighted Beijing’s increasing space capabilities, and apart from civilian ambitions, China has tested anti-satellite missiles. 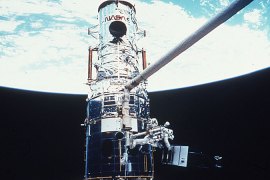 Is space exploration worth the cost?

As scientists unravel the mysteries of the universe we ask if, and how, exploring outer space is helping us on earth. 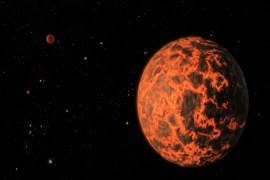 The search for another Earth