Tens of thousands of people, including the Finnish prime minister and a former president, have taken to the streets of several cities across Finland to demonstrate against racism and violence in the country.

Saturday’s marches under the banner “Enough is enough” were staged in response to the fatal assault on a 28-year-old man earlier this month in the capital Helsinki who had protested against a neo-Nazi group, according to Finnish broadcaster YLE.

The man died on September 16 of his injuries, almost a week after he was involved in an altercation with members of the Finnish Resistance Movement.

The man was kicked and hit his head on the ground after reportedly spitting in front of members of the neo-Nazi group.

A 26-year-old man, who police said was an active member of the neo-Nazi group, was on Wednesday remanded in custody on suspicion of involuntary manslaughter.

I'm truly moved by the amazing turnout and atmosphere at the #antiracism and #antfascism demonstration in my beautiful #Helsinki ❤️ pic.twitter.com/hQuypO2XAd

The rally concluded with short speeches by, among others, former president Tarja Halonen, music and a moment of silence for the deceased 28-year-old.

Two anti-immigration protesters were arrested at two other locations in Helsinki, police said.

Sipila, the prime minister, attended an anti-racist protest on Saturday in the city of Kuopio.

Anti-racist events were also staged without incident in Tampere, Joensuu and Jyvaskyla. 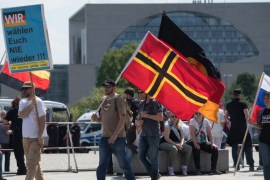 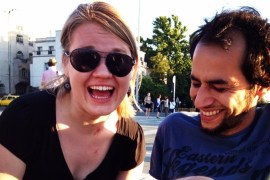 Proposed law introduces high income requirements for Finns and refugees to bring their families to the country.