A Swedish appeals court has upheld a detention order for WikiLeaks founder Julian Assange, dismissing the latest attempt by the 45-year-old Australian to make prosecutors drop a rape investigation from 2010.

The decision by the Svea Court of Appeal means that the arrest warrant stands for the 45-year-old computer hacker, who has avoided extradition to Sweden by seeking shelter at the Ecuadorian embassy in London since 2012.

He says he fears he will be extradited to the US to face espionage charges if he leaves the embassy.

“The new decision by the Swedish court doesn’t change anything because it has already been agreed by Sweden and Ecuador that next month, in fact right here at the embassy, Mr Assange will be questioned by Ecuadorian officials in the presence of Swedish colleagues.”

His Swedish defence lawyer, Per Samuelsson, said he would appeal against the decision to the Supreme Court.

“They ignore the risk that he will be extradited to the United States.”

Swedish prosecutors say they are not in contact with counterparts in the US and that they would also need Britain’s permission should a third country seek his extradition.

Upholding a lower court ruling, the appeals court said Swedish prosecutors are actively trying to move the investigation forward and set up an interrogation of Assange at the embassy.

Acting on behalf of Swedish investigators, an Ecuadorian prosecutor is set to question Assange on October 17.

“This means that there is at present no reason to set aside the detention order. Julian Assange’s claim to that effect shall therefore be refused,” the court said.

It also brushed aside the findings of a United Nations working group which described his stay at the London embassy as “arbitrary detention”.

The court noted that the panel’s finding wasn’t binding on Swedish courts and that Assange’s stay at the embassy “is not to be regarded as an unlawful deprivation of liberty”. 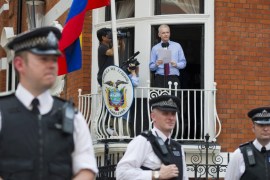 Julian Assange to be questioned in Ecuadorian Embassy

WikiLeaks founder has been living in the London Embassy since 2012 to avoid arrest over rape allegations. 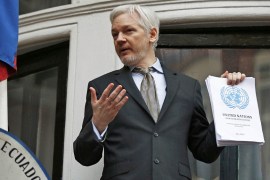 UN panel says it is time to restore freedom of movement to the WikiLeaks founder but UK says nothing has changed.