A judge in the UK has condemned four British troops for the killing of an Iraqi teenager in 2003 in the city of Basra.

The soldiers had displayed “a manifest disregard of life” when they forced 15-year-old Ahmed Jabbar Kareem Ali into a canal in Basra where he drowned, Judge George Newman said on Thursday in his report for the Iraq Fatalities Investigations.

The soldiers arrested Ali and three other teenagers suspected of looting and took them in an armoured vehicle to the southeastern city’s Shatt Al Basra canal and forced them to wade into the water.

Ahmed did not know how to swim and drowned in the canal.

“His death ensued because he was forced by the soldiers to enter the canal, where, in the presence of the soldiers, he was seen to be in difficulty, and to go under the water,” the report said.

“The plain and certain cause of death of this young man was that, after forcing him into the water, the soldiers’ failed to go to his assistance when he floundered.”

The soldiers were tried in 2006 by a British court and acquitted of manslaughter  over the death of the teenager.

Britain’s Ministry of Defence issued an apology on Friday.

“This was a grave incident for which we are extremely sorry,” the ministry said in a statement.

“We are committed to investigating allegations of wrongdoing by UK forces and will use Sir George’s findings to learn lessons to help ensure nothing like this happens again.”

Amnesty International said the ministry’s acknowledgement was a “long overdue but important step on the road towards accountability” for the death of the teenager.

The death of Ali is far from an isolated abuse case in Basra, Amnesty added.

Britain’s decision to join the US-led invasion of Iraq in 2003 has been subject to widespread criticism and recrimination that Prime Minister Tony Blair misled the public in his enthusiasm to go to war.

Publication of the report into Ahmed’s death will not lead to new legal action against the soldiers involved, said Al Jazeera’s Barnaby Phillips, reporting from London.

The British pulled out of Basra in 2009, Phillips said, and the six-year occupation is “now regarded as a disastrous episode in British and Iraqi history”. 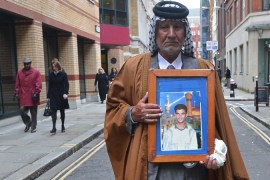 Father of man killed in 2004 alleges military tortured his son after detaining him, a charge the UK army denies. 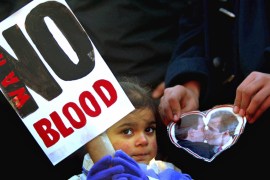 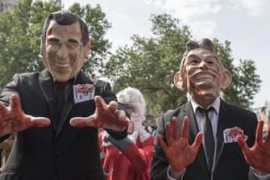 Critics respond to inquiry on UK role in Iraq War