In his annual State of the Union speech on Wednesday, Jean-Claude Juncker, European Commission head, urged EU nations to overcome deep divisions and the shock of Brexit in order to fight back against “galloping populism”.

“The European Union still does not have enough union,” Juncker told the European Parliament in Strasbourg, France, saying the “next 12 months are the crucial time to deliver”.

“There are splits out there and often fragmentation where we need further union – that is leaving space for galloping populism.”

Juncker’s speech came two days before the 27 EU leaders meet without Britain in the Slovakian capital Bratislava, for a summit aimed at drawing up a road map for the post-Brexit future.

Juncker warned Britain that it could not expect “a la carte” access to the EU’s single market if it brings back immigration controls, hinting at a further hardening of Europe’s position before negotiations with Britain.

“We respect and at the same time regret the UK decision, but the European Union as such is not at risk,” said Juncker, who officially launched the EC’s Brexit “task force” on Wednesday.

“The UK must swiftly ask for formal withdrawal to put an end to rumours and doubts,” he said.

With EU nations deeply divided, in particular by the continent’s biggest migration crisis since the second world war, Juncker’s speech focused on security and the economy to find ways of working together.

“We must have a European HQ and … work towards a common military force,” Juncker said, referring to plans that have long faced British hostility and which will come up at Friday’s summit.

He stressed however that this should be “complementary with NATO” in reference to concerns that the EU will be treading on the toes of the US-led military alliance.

Juncker also hit back at rising nationalism and racism, referring to the recent killing of a Polish man in Britain with the words: “We Europeans can never accept Polish workers being harassed, beaten up or even murdered on the streets of Harlow.”

OPINION: After Brexit, there will be no Grexit

But his speech was greeted with disdain by populist leaders in the European Parliament.

Nigel Farage, leader of the UK Independence Party (UKIP), which led the push for Brexit, criticised the focus on “military Europe” and added: “Having listened to you, I am pleased we voted to leave.”

Marine Le Pen, French far-right leader, said Juncker had “refused to listen to the huge desire of European people to get their independence back”.

Juncker meanwhile proposed doubling the size of his signature investment plan to $708bn, and announced measures to help young people hit by the eurozone debt crisis.

He also called for a new EU border and coastguard force to start work quickly with 200 guards and 50 vehicles deployed in Bulgaria by October.

But the difficulties of keeping Europe united were underscored on the eve of Juncker’s speech when Luxembourg’s foreign minister said Hungary should be suspended from the EU for treating refugees like “animals”.

His speech sets the stage for Friday’s Bratislava summit where leaders will study a joint defence plan by France and Germany and other post-Brexit security plans.

In a summit invitation letter published late on Tuesday, Donald Tusk, EU president, said it would be a “fatal error” for the EU to ignore the lessons of Brexit and urged the bloc to be less “politically correct” on migration.

The leaders will launch a “Bratislava process” of reforms that they aim to approve at a summit in Rome in March 2017 to mark the 60th anniversary of the founding of the EU, according to a senior EU official. 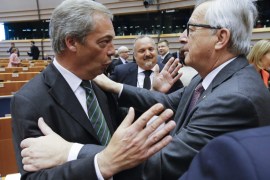 In emergency session in Brussels, European Parliament urges Britain to clarify its plans after Brexit vote. 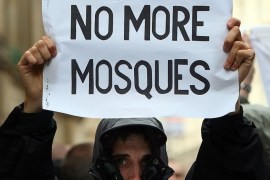