A letter written by the wife of Iraqi Kurdish leader Jalal Talabani to the federal government in Baghdad has been leaked, triggering a media storm about a “political crisis” in Iraq’s semi-autonomous Kurdish region. Hero Ibrahim Ahmad is now accused of plotting to block oil exports from Kirkuk, and of threatening to sell the city’s oil to Iran instead.

Sources close to Ibrahim Ahmad dismiss the allegations. They insist that the leak – as well as the gross misrepresentation of the letter in local media – was an attempt to smear the most influential female figure on the Kurdish political scene. Both Erbil-based news channels Rudaw and K24 reported that Ibrahim Ahmad had asked Iraq’s Prime Minister Haider al-Abadi for oil to be sold through Iran. They allege that she was to blame for the delays in salary payments to civil servants and pensioners – although nothing in her letter indicated that. Still, her image flashed on television screens across the Middle East while her supporters claim she is being scapegoated for larger problems for which she holds little responsibility.

Ibrahim Ahmad was a leading figure in the Patriotic Union of Kurdistan (PUK) party during her husband’s term as president of Iraq (2005-2014). Now again, during his protracted illness, Ibrahim Ahmad’s influence has repeatedly been challenged. Vitriolic personal attacks have been been published in local opposition newspapers and spread by rival politicians.

Dr Izat Sabir, a member of the Kurdistan Regional Government (KRG) Parliament and an executive member of the oil and gas committee, maintains that Ibrahim Ahmad’s letter, at least in this case, has been twisted out of context. He also dismisses her alleged threat to sell oil to Iran as a “fabrication”.

The economy of the KRG has been in dire straits for the past two years. The sharp drop in oil prices, the refugee crisis and the ongoing fight against the Islamic State of Iraq and the Levant (ISIL, also known as ISIS) have left the Erbil government in near bankruptcy.

The Peshmerga, who have been fighting the coalition’s ground war against ISIL, have repeatedly failed to receive their salaries and – like the rest of the civil service – have been subjected to pay cuts. According to the World Hunger Report, the KRG is now poorer and has registered less growth than the rest of Iraq for the first time since 2003.

At present, and according to an agreement reached between Baghdad and the Iraqi Kurdish capital of Erbil on August 30, the Kurdish share from the daily export of 100,000 barrels of Kirkuk oil goes to the KRG.

Ibrahim Ahmad’s letter, while contentious, has the support of the head of the municipal oil and gas committee in Kirkuk. In the letter, she writes that Kirkuk is not benefiting from oil exports and the petrodollars are not going to the people of the city. She also calls for greater transparency in how KRG funds are distributed.

“If paid to the KRG, percentages would go towards repaying [KRG] debts,” Sabir told Al Jazeera. “She is asking for feasible solutions to pay salaries on time through Kirkuk oil sales via Baghdad, since the KRG hasn’t been able to pay on time.”

The issue of delayed salary payments has been ongoing since the beginning of the financial crisis in 2014. In Iraq’s Kurdish region, people with special needs, for example, who receive a government pension have only been paid four times in the past year. All civil servants and pensioners have had their incomes cut, some by as much as 70 percent.

With at least 65 percent of the Iraqi Kurdish population dependent on state salaries, it is a highly explosive political issue.

“Local partisan media are now putting the blame on Hero’s letter to [Abadi], even though the letter does not talk about any future deals with Iran or anyone. They are trying to use [Ibrahim Ahmad’s] letter as a scapegoat,” Sabir said. “But she has always stated that the nation’s resources should be treated as such and not to line the pockets of one individual, party or tribe.”

Conflicts and disputes over power within the PUK are nothing new. In 2007, a disgruntled faction within the PUK splintered to form the Gorran (Change) party. Talabani, 82, has been the head of the party for 41 years, as several party members have risen in the ranks of both regional Kurdish politics and Baghdad, such as Barham Salih, former prime minister in the KRG, and Kosrat Rasul Ali, currently vice president of the KRG.

Contenders for party leadership have accused the Talabani family of nepotism and criticised Talabani’s refusal to step down as secretary-general due to ill health. They have alleged that the PUK is, in this manner, no different from the Kurdistan Democratic Party (KDP) led by KRG President Massoud Barzani.

Ibrahim Ahmad has been a powerful figure on the Iraqi Kurdish political scene dating back to her days as a Peshmerga in the late 1970s and 1980s, fighting Iraq’s Baathist regime.

While she is respected widely for her humanitarian work and her progressive stances on controversial issues, she has suffered fierce personal attacks from more patriarchal segments of Kurdish society over the decades.

“Ibrahim Ahmad’s achievements are largely overlooked by her rivals because she is a woman; they prefer to focus on her mistakes – real or imagined – for their own political gain,” Sabir said.

Ibrahim Ahmad told Al Jazeera that there would be no changes for the time being to the position of secretary-general, held by Jalal Talabani since the PUK’s establishment in 1975, and will be discontinued eventually, and “replaced by a new party structure with more accountability”. She added that steps have already been taken towards this end, but did not elaborate.

She was responding to an announcement on September 1 from an opposing faction within the PUK party – headed by Salih and Rasul Ali – declaring the establishment of a new decision-making body in an effort to wrest control of the party from the Talabani family. Salih has long had a contentious relationship with Ibrahim Ahmad.

The holding of a new party congress is one of the most divisive topics in the PUK, with Ibrahim Ahmad and what she refers to as the majority of the party favouring an open voting system for all party members, while others prefer a more closed delegate voting system.

Lahur Talabani, head of the PUK’s intelligence agency, also slammed the faction’s unilateral declaration by questioning the legitimacy and authority of those spearheading the campaign against the family’s dominance in the PUK party.

“They became deputy by applause. They have no legitimacy any more as they were not elected,” he told a local newspaper, Rudaw. 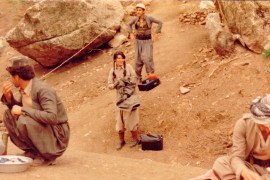 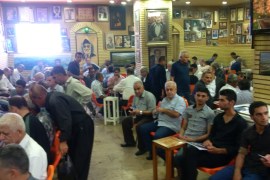