Former British Prime Minister David Cameron has announced his resignation from his seat in parliament “with immediate effect”.

The news on Monday came nearly three months after he stepped down from his job as the country’s leader in the wake of Britain’s vote to leave the European Union.

Cameron, who first came to power in 2010, said he had told his successor, Prime Minister Theresa May, of his decision to stop representing his constituency in Oxfordshire to make way for someone who could concentrate on the area in central England.

“In my view with modern politics, with the circumstances of my resignation, it isn’t really possible to be a proper backbench MP as a former prime minister. I think everything you do will become a big distraction and a big diversion from what the government needs to do for our country,” he told Britain’s BBC.

The ruling Conservative Party elected May to lead the country after Cameron resigned following his failed campaign to persuade voters to remain in the European Union in a June 23 referendum.

He had campaigned in favour of remaining in the EU bloc.

At the time, Cameron had said he would complete his term in office until the next election due in 2020, although he would no longer have a leadership role in the Conservative Party.

Cameron had won re-election in 2015, but his position became untenable after losing the EU vote on June 23.

May is overseeing the process of Brexit, or Britain’s exit from the bloc.

Cameron’s unexpected announcement will trigger a by-election for his seat in Oxfordshire. 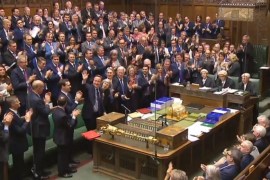 UK: Cameron leaves prime minister job as May takes over

Cameron, whose bid to keep Britain in the EU failed, tenders his resignation to make way for UK’s second female PM. 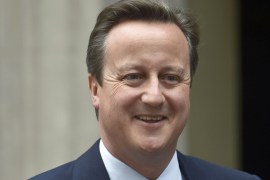 British PM to discuss UK referendum result in Brussels for the first time, amid political and economic uncertainty.