John Hinckley, the man who attempted to assassinate US President Ronald Reagan 35 years ago, has been freed from a psychiatric hospital in the US capital Washington DC, according to national media reports.

A spokeswoman for the District of Columbia’s Department of Mental Health said early on Saturday that all patients scheduled to leave St Elizabeth’s Hospital had been discharged.

Sixty-one-year-old Hinckley was among those scheduled for discharge, reports said.

The AP news agency said that a rental car pulled into the driveway of the Hinckley home in Williamsburg in Virginia at about 2:30pm.

The Washington Post reported that Hinckley was officially released from St Elizabeth’s, when he had been scheduled to be freed.

A federal judge ruled in late July that Hinckley was not a danger to himself or the public and could live full-time at his mother’s home in Williamsburg.

Hinckley had already been visiting Williamsburg for long stretches at a time and preparing for the full-time transition.

Hinckley’s release has dozens of conditions attached, including a requirement that he works or volunteers at least three days a week, limits his travel, allows law enforcement to track his movements and continues to meet with a psychiatrist.

However, his longtime lawyer Barry Levine said he believed Hinckley will be a “citizen about whom we can all be proud”.

As a 25-year-old college dropout, Hinckley had grown fixated upon actress Jodie Foster and the Martin Scorsese film Taxi Driver, in which she played a teenage prostitute.

Inspired by the film’s main character, who plots to kill a presidential candidate, Hinckley opened fire on Reagan outside a Washington DC hotel on March 30, 1981, in a misguided effort to win Foster’s affections.

The shooting, which disabled James Brady, the White House Press Secretary of the time, left its mark in a number of ways. The shooting helped to launch the modern gun control movement, and a 1993 bill named after him imposed background checks and a waiting period.

The Reagan family issued a statement in July strongly opposing Hinckley’s release. Foster has declined to comment on Hinckley since 1981. 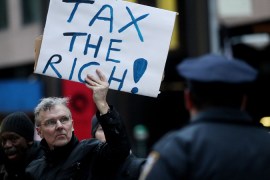 Reagan mythology is leading US off a cliff

During Reagan’s presidency, the US went from a creditor to debtor nation and marked a take-off for financial inequality.