Croatians have voted in a snap election whose outcome might prolong political uncertainty in the European Union’s newest member, which had shifted to the right under the previous conservative government.

Sunday’s election comes as the former Yugoslav republic faces economic struggles and at a time of strained ties between neighbours in the volatile Balkans, notably with former enemy Serbia.

At 09:30 GMT, four-and-a-half hours after polling stations opened, turnout was nearly 19 percent, the electoral commission said. It was some three percentage points less than at the same time in the November elections.

Croatia’s conservative Croatian Democratic Union (HDZ) were in the lead with 62 seats in the 151-seat parliament in Sunday’s parliamentary election, preliminary results based on a partial vote count showed.

The Social Democratic Party (SDP) came second with 52 seats, the state election commission said after counting 15 percent of the votes. The centre-right Most (the Bridge) party came third with 13 seats.

Some 3.8 million Croatians were eligible to cast ballots after a November election produced no absolute winner.

A barely functioning coalition government, led by the conservative HDZ party, took power after that vote before collapsing in Juneover a conflict of interest scandal.

The coalition’s five-month rule was marked by a shift to the right amid a growing climate of intolerance, including attacks on independent media and minorities, notably ethnic Serbs.

Authorities have appeared to turn a blind eye to the far-right surge, but it has sparked global concern and brought already frosty ties with Serbia to their lowest level since Croatia’s 1990s independence war.

Polls and analysts have given a slight lead to a coalition led by the main conservative Social Democrats (SDP) of former prime minister Zoran Milanovic, who was in power for four years until November.

“SDP seems set to win but without an absolute majority” in the 151-seat parliament, political analyst Zarko Puhovski told AFP.

The likeliest outcome is a similar scenario to that of the previous vote – prolonged talks on forming a government and potentially another election.

READ MORE: Tensions between Croatia and Serbia rise over refugees

HDZ is banking on staying in power with a new and more moderate leader, Andrej Plenkovic, who has pledged to move it away from populism and extremism.

“I’m changing the HDZ … My mission is to position it in the centre-right,” said the 46-year-old former member of the European Parliament.

HDZ’s former junior government partner, the Most party, is likely to play kingmaker once again.

With Plenkovic’s moderate agenda, HDZ could also count on the backing of minorities, notably Serbs, as well as Croatians living abroad, its traditional supporters.

READ MORE: When the UN watched a massacre unfold in Croatia

Rival Milanovic, 49, has been stressing his experience as premier and has pledged a “government of progress and tolerance.”

However, he has sharpened his populist rhetoric after disappointing voters with scant reforms while in power.

After voting in downtown Zagreb, Milanovic said he was feeling the “most relaxed ever” as he awaited the results.

“We showed that we are more competent, have more courage” to lead a new government, he told reporters.

Although more advanced than other Balkan countries, Croatia has one of the weakest economies in the EU following years of crisis after the 1991-95 war.

After a six-year recession, Croatia has shown signs of recovery with reported growth of more than 2 percent. However, unemployment hovers around 14 percent, among the highest in the EU, and much of the fiscal growth is attributed to tourism along Croatia’s Adriatic coast. 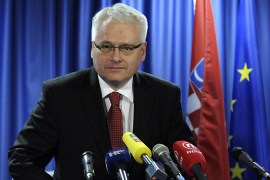 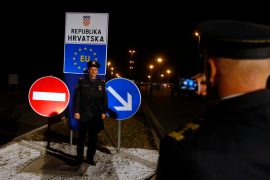 As Croatia has become EU’s 28th member, we ask if this is the right time to join hands with the bloc.