US President Barack Obama has tried to downplay a row between US and Chinese officials upon his arrival in China for the G20 Summit, saying the incident should not be overblown.

Obama’s last scheduled trip to China before leaving office got off to an awkward start on Saturday soon after Air Force One landed in the eastern city of Hangzhou, where leaders of the world’s top economies are convening.

After the plane parked on the tarmac, a Chinese official attempted to prevent US national security adviser Susan Rice from walking to Obama’s motorcade as she crossed a media rope line, speaking angrily to her before a US Secret Service agent stepped between the two.

Rice responded but her comments were inaudible to journalists standing underneath the wing of Air Force One.

‘Our country, our airport’

It was unclear if the official, whose identity was not immediately clear, knew that Rice was a senior official and not a journalist. The same official shouted at a White House press aide who was instructing foreign reporters on where to stand as they recorded Obama disembarking from the plane.

“This is our country. This is our airport,” the official said in English, pointing and speaking angrily with the aide.

Al Jazeera’s Adrian Brown, reporting from Hangzhou, said it was “a curious incident” as China has tried everything to pull off a trouble-free G20 summit, its highest profile event of the year.

“It has millions of volunteers on hand and it has spent $100m on the venue where the G20 Summit is going to be taking place,” Brown said. “It is what happens when you have this sort of regimented and in many ways stifling security we currently have here in Hangzhou.”

Chinese airport officials at first also declined to provide Air Force One with airport steps on the tarmac upon its arrival.

“Eventually a set of steps were found. Apparently there was a mechanical problem with the first set of steps. But the real problem came when the US officials got involved in the altercation with that Chinese official on the tarmac,” Brown said.

China is looking to cement its global standing and avoid acrimony over a long list of tensions with Washington.

Addressing the incident at the airport during a news conference in Hangzhou on Sunday, Obama said: “I wouldn’t overcrank the significance”.

“We think it’s important that the press have access to the work that we are doing, that they have the ability to answer questions. And we don’t leave our ideals and values behind when we take those trips.

“It can cause some friction. It’s not the first time it has happened. It doesn’t just happen in China; it happens in other countries where we travel. I think that this time, though, the seams were showing a little more.”

Obama added that his talks with his Chinese counterpart Xi Jinping a day earlier had been “extremely productive”. 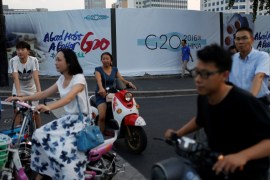 Chinese authorities have given the little city of Hangzhou a complete make-over as the country prepares to host the G20 summit for the first time ever. 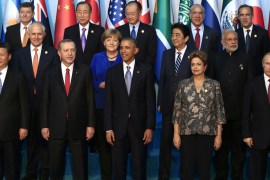 G20 leaders pledge to step up efforts against ISIL

Refugee crisis and battle against ISIL top of the agenda as world leaders meet in Antalya, days after France attacks. 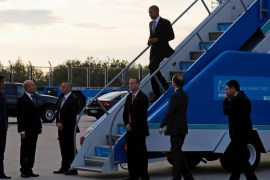 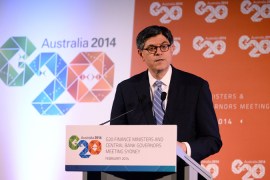