Uzbekistan’s longtime President Islam Karimov has been buried in his hometown of Samarkand, leaving behind a power vacuum in the Central Asian nation.

The body of Karimov, who died on Friday at the age of 78 after suffering a stroke, was taken to the Samarkand’s Shah-i-Zinda cemetery after a funeral ceremony in the city’s ancient Registan square.

The veteran leader had run the ex-Soviet nation since 1989. Nearly half of the country’s 32 million citizens were born after he came to power.

With no obvious successor, Karimov’s death has triggered an outpouring of grief, mixed with uncertainty about the future.

“I still can’t believe it happened,” said a 39-year-old resident of the capital, Tashkent, who was among thousands who lined the main thoroughfare early on Saturday to watch the funeral cortege pass by en route to Samarkand.

“I don’t know what happens now, I am lost,” said the man, who declined to be identified.

Prime Minister Shavkat Mirziyoyev has been designated mourner-in-chief at Karimov’s funeral, which is seen as a strong hint he might become the next president.

“I think in the corridors of power, they have already started fighting,” Kamoliddin Rabbimov, an independent Uzbek political analyst based in France, told the AFP news agency, while predicting the elite will be eager to ensure the transition is “more or less stable”.

Many people had anticipated that Karimov would be succeeded by his older daughter Gulnara, a businesswoman and pop star, but she fell from favour two years ago and there was no sign of her on Saturday among the family members in the funeral cortege.

If they fail to agree on a compromise, however, open confrontation could destabilise the mainly Muslim state that shares a border with Afghanistan.

Unrest would have repercussions for Russia, the regional power and home to hundreds of thousands of Uzbek migrant workers, and for the US-allied government in Afghanistan.

The Uzbek government has repeatedly been criticised for human rights abuses, most notoriously in 2005 in the city of Andijan, where government forces are accused of killing hundreds of demonstrators.

The United Nations describes the use of torture in Uzbekistan as systematic, and Reporters Without Borders said Karimov frequently broke his own records for repression and paranoia.

Karimov grew up in an orphanage in Samarkand and went on to study mechanical engineering and economics, before joining the Communist Party of the Soviet Union. In 1989, he was appointed as the party’s First Secretary in Uzbekistan. 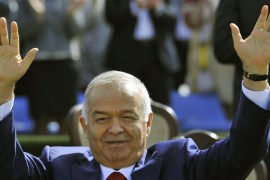 President Islam Karimov not seen in public since last week. Speculation of his death and possible successors abound. 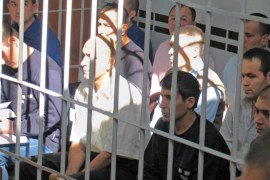