The government of Uzbekistan has not announced the death of the country’s President Islam Karimov while various diplomatic sources have claimed the long-time leader had passed away.

Georgian President Giorgi Margvelashvili expressed his condolences over the death of Karimov, 78, in a statement on the presidential website on Friday.

A top Kyrgyz diplomat and an Afghan government official told the AP news agency on Friday that Uzbekistan was holding a funeral for Karimov on Saturday.

A Russian news agency, TASS, reported about his death on Friday, but later withdrew the online article citing “technical error”.

Russian presidential spokesman, Dmitry Peskov, said the Kremlin had no confirmation that Karimov might be dead.

Karimov, 78, has not been seen in public since mid-August, but his government admitted only last weekend that he was ill.

His daughter Lola said he had suffered a brain haemorrhage.

After several days of silence, the government on Friday issued a statement saying: “Dear compatriots, it is with a heavy heart that we inform you that the health of our president has sharply deteriorated in the past 24 hours to reach a critical state, according to the doctors.”

Al Jazeera’s Andrew Simmons, reporting from Bishkek, the capital of neighbouring Kyrgyzstan, said there was no explanation to the confusion.

“There is secret police everywhere in the country, people are afraid to make any remark about the president’s health,” he said.

Speaking from western France, she said an opposition contact in Uzbekistan told her Friday morning via Skype that government officials had been told to turn off their phones and internet speeds had slowed sharply. As he spoke, she said, the signal went dead.

“Karimov ruled through fear to erect a system synonymous with the worst human rights abuses: torture, disappearances, forced labour, and the systematic crushing of dissent. In terms of a single event in the last 27 years, he’ll be defined by the Andijan Massacre.”

Karimov was born on January 30, 1938, the son of a Tajik mother and Uzbek father. He grew up in a state orphanage and later rose swiftly through the ranks of the Soviet Communist Party.

He was a Soviet Politburo member and Uzbek Communist Party chief from 1989 until the Soviet Union collapsed in 1991.

After independence, the economy remained tightly regulated by the state despite pressure from the International Monetary Fund and other bodies to introduce market reforms and liberalise the foreign exchange market.

Karimov kept local media tightly muzzled and banned major foreign media outlets such as the British Broadcasting Corporation from operating in the country. 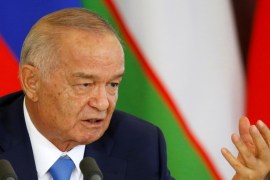 Leader’s daughter says her 78-year-old father is hospitalised after suffering a cerebral haemorrhage. 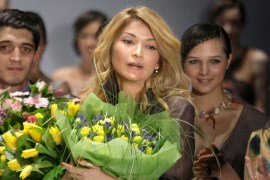