Uzbekistan’s President Islam Karimov, who has ruled the central Asian nation for more than 25 years, is in intensive care after suffering a brain haemorrhage, according to his daughter.

“My father was hospitalised after suffering a cerebral haemorrhage on Saturday morning, and is now receiving treatment in an intensive care unit,” Lola Karimova-Tillyaeva wrote on Instagram on Monday of her 78-year-old father.

Karimova-Tillyaeva, who is also Uzbekistan’s ambassador to UNESCO, added that “his condition is considered stable” but that it was “too early to make any predictions about his future health” at the moment.

The government on Sunday announced that the leader, long dogged by rumours of ill health, had been hospitalised, without giving details.

Karimov has been at the helm of the country since before it gained independence from Moscow in 1991.

Kremlin spokesman Dmitry Peskov told journalists that Russian President Vladimir Putin was “deeply grieved by the illness of the Uzbek president” and was being kept informed of his state through diplomatic channels and the media.

“We value our relationship with Uzbekistan,” added Peskov.

“In this case we would really like to receive only positive news on the president’s state of health.” 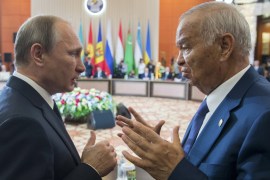 At least 12,800 people imprisoned since 2002 on trumped charges with many facing torture, human rights group says. 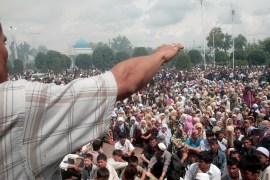 Uzbekistan: 10 years after the Andijan massacre