A Jewish fund belonging to an American casino tycoon, Sheldon Adelson, has denied it financed a poster campaign targeting pro-Palestine groups across US college campuses.

Reports published earlier this week claimed that the “Stop the Jew Hatred on Campus” campaign, which labelled student activists as Palestinian “terrorists”, was funded by the Maccabee Task Force (MTF).

The activists targeted told Al Jazeera that the campaign left them shocked, scared and feeling uneasy for weeks.

At least one said he does not believe the MTF had no idea where its money would be used.

Launched by billionaire Sheldon Adelson, the MTF provides grants to organisations which want to end the Boycott, Divestment, and Sanctions (BDS) movement.

“We did not ask for, nor approve, the poster campaign that targeted student activists, and were not aware that our money had been used to support it. It should not have been,” the statement said.

READ MORE: Who is Sheldon Adelson and can he sway the US election?

“We have not, and will not, support public attacks on student activists who behave in a civil fashion.”

An MTF spokesman later told Al Jazeera that he had been “assured that the grant was not used for the campaign, but rather for speaking engagements and the production of a research report”.

‘I felt uneasy for weeks’

The MTF was created last year to “grow the pro-Israel movement” while combating BDS activities on campuses, the spokesman said.

“We believe that the number one non-military threat to Israel and the Jewish people is the BDS movement,” he said.

One high-ranking UCLA administrator told me that if I can't handle it, I should consider stopping my pro-Palestinian activism

Yacoub Kureh, a teaching assistant at UCLA named in the poster campaign

The poster campaign was launched across five college campuses in California in April, in an effort to combat the activities of pro-Palestine student groups.

The posters declared BDS a “Hamas-inspired genocidal campaign” that aims to “destroy Israel”, and listed the names of students and faculty members involved in pro-Palestine groups and activities, affiliating them with “Palestinian terrorists”, and accusing them of perpetrating “Jew Hatred”.

One of the targeted groups was Students for Justice in Palestine (SJP), which comprises students, faculty, and community members working on college campuses.

Yacoub Kureh, a graduate involved in SJP at the University of California in Los Angeles (UCLA), was among those named on the flyers.

“When the posters with my name came up this year labelling me a ‘Jew-hater’, I felt nauseous,” he told Al Jazeera, adding that he was “shocked and scared”.

Kureh, a teaching assistant, felt “uneasy for several weeks” and worried for his safety.

“Some of the administration at UCLA were supportive,” he said. “But one high-ranking UCLA administrator told me that if I can’t handle it, I should consider stopping my pro-Palestinian activism.”

“While this was not the first anti-SJP poster campaign that Horowitz’s organisation carried out, it definitely constituted an escalation in that individual students and faculty were named,” Zahzah said, who called the action a “form of incitement”.

Zahzah has become “sadly used to being targeted and blacklisted, including on Canary Mission”, an online database that documents individuals and groups involved in pro-Palestine activities.

“It will always be chilling, no matter how often you encounter it,” he said.

In response to the MTF’s denial of having financed the posters, the activist said such claims were “laughable”.

“It seems ridiculous for the MTF to give Horowitz a grant, and then feign surprise when his organisation does the same thing it has been doing for some time now,” Zahzah said.

“People really ought to be shocked that Adelson and the MTF are putting millions of dollars into quashing grassroots student organising.” 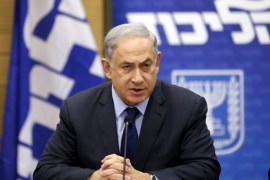 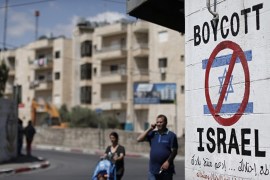 The BDS question at US universities