Prime Minister Matteo Renzi warned on Wednesday that the figure could still rise as rescue efforts continued in the mountain villages devastated by the quake.

About 368 people were injured in the tremor, he said at a press conference in the Rieti region, not far from the epicentre of the 6.0-6.2 magnitude quake.

“This is not a final toll,” Renzi added.

The US Geological Survey said it was a 6.2 magnitude quake that hit near the town of Norcia, in the region of Umbria, at 3:36am local time (01:36 GMT).

The earthquake caused buildings to collapse and sent panicked residents fleeing into the streets of numerous towns and cities.

The mayor of the small town of Amatrice reported extensive damage.

A 5.5 magnitude aftershock hit the same region an hour after the initial quake.

Luca Cari, fire department spokesman, said “there have been reports of victims” in the quake zone, but he did not have any precise details.

Besides Amatrice, the worst-hit towns were believed to be Accumoli, Posta and Arquata del Tronto, Cari told Reuters news agency, adding that helicopters would be sent up at first light to assess the damage.

“From my knowledge of the area, the roads are very narrow, so if one road fails, the connection may become very difficult … The depth is quite shallow, about four kilometres. Usually the typical depth is in the order of ten kilometres.”

Saccarotti said it is difficult to predict whether there will be another earthquake or more aftershocks.

Residents of Rome, about 170km from the registered epicentre, were woken by Wednesday’s tremors, which rattled furniture and swayed lights in most of central Italy.

A hostel on the Gran Sasso mountain, a popular area for hikers and climbers, said on its Facebook page that a large piece of rock had collapsed as a result of the tremor.

The spokesperson for Matteo Renzi, Italy’s prime minister, said on Twitter the government was in touch with the country’s civil protection agency and following the situation closely.

The last major earthquakes to hit Italy occurred in 2012. Two quakes struck the northern Italian province of Modena in May, killing about 27 people, injuring many others and wreaking widespread havoc.

In 2009, more than 300 people were killed after a massive earthquake struck the central Italian city of L’Aquila. 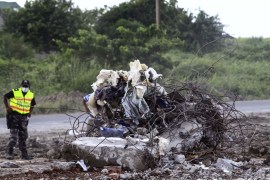 Torrential downpours cause flooding in the Parish of Alluriquin, affecting hundreds of people. 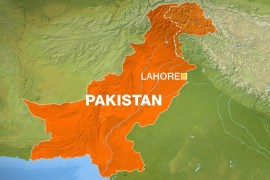 Buildings sway as 4.4 magnitude quake strikes about 37km southwest of Lahore at depth of 10km. 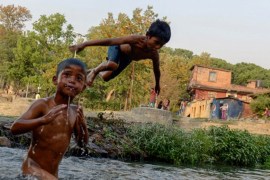