Syrian government forces and Kurdish fighters have agreed to halt fighting in the northeastern city of Hasaka, according to state media.

The reported ceasefire came into effect at 2pm (11am GMT) on Tuesday, and follows a major assault by the Kurdish YPG group to capture the last government-controlled areas of the city.

According to the Syrian Observatory for Human Rights, a UK-based organisation that tracks daily developments in Syria, the YPG has gained control of nearly all of Hasaka.

Under the truce, the Syrian government troops will be be allowed to leave Hasaka but they will still remain a presence on the outskirts of the city.

READ MORE: YPG launches assault to take all of Hasaka

Al Jazeera’s Hashem Ahelbarra, reporting from Gaziantep on the Turkish side of the border with Syria, described the ceasefire as fragile, citing the collapse of a similar reported truce in recent days.

“The terms of the truce state that the Syrian army will pull out of the city, but they can easily re-deploy to military bases around Hasaka,” said Ahelbarra.

Kurdish fighters are also expected to pull out as part of the truce, our correspondent said, adding that the security of the city was going to be handed over to the Asayish, a YPG-affiliated police force.

“The ceasefire looks like a quick fix, an attempt to defuse tension, rather than trying to find a long-term solution to the crisis in Hasaka,” said Ahelbarra.

“The same truce, with similar terms, was agreed two days ago, but hours later, the deal collapsed,” said Ahelbarra, who added that there was no mention of the latest reported ceasefire on Kurdish media.

The fighting in Hasaka, which was divided into zones of Kurdish and Syrian government control, marks the most violent confrontation between the Kurdish YPG and the Syrian army in more than five years of civil war.

Goverment fighter jets last week bombed YPG positions in Hasaka for the first time during the war, prompting a US-led coalition to scramble aircraft to protect American special operations forces on the ground in the area.

The YPG, or the People’s Protection Units, had earlier captured Ghwairan, the only major Arab neighbourhood in Hasaka still in government hands.

The YPG is at the heart of a US-led campaign against the Islamic State of Iraq and the Levant (ISIL, also known as ISIS) group in Syria. 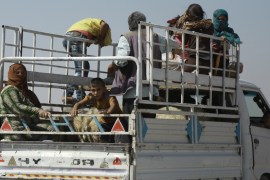 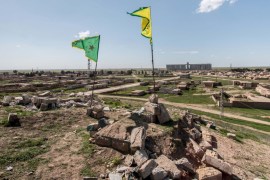 Kurdish YPG fighters vow “not to be silent” after areas of Hasakah city under their control are bombed by Syrian army.