“Dr Riek Machar’s health is stable currently and he will remain in the country under comprehensive healthcare until he leaves for a destination of his choice,” Osman told state media.

Following the fierce fighting, Machar withdrew to the bush with his forces and was later replaced as vice president by party rival Taban Deng Gai.

Sudan’s announcement of Machar’s presence in the Sudanese capital on Tuesday comes just a day after Deng wrapped up his first official visit to Khartoum.

Aides of Marchar confirmed last week that he had left South Sudan and was in the neighbouring Democratic Republic of Congo. It was also reported that Machar had a leg injury, though it was not believed to be serious.

Two years later, a brutal civil war broke out between supporters of newly-formed South Sudan’s President Kiir and Machar. The two sides reached a peace deal in 2015, under which Machar returned to Juba to resume his role as vice president, but last month’s fighting threatened to send the country back to all-out civil war.

The UN Security Council voted on Friday to authorise sending an extra 4,000 troops to the country to bolster the existing UN mission.

South Sudan officials said they were considering the UN proposal. 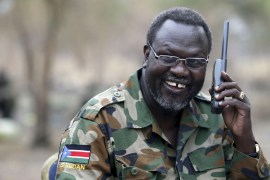 South Sudan’s former vice president has left the country for a neighbouring state, according to opposition officials. 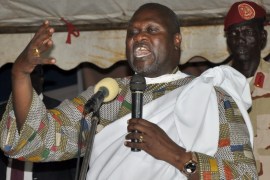 UN spokesman says Machar is in the care of authorities in the Democratic Republic of Congo after fleeing South Sudan. 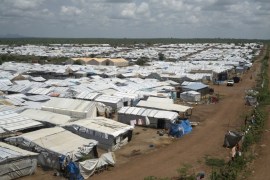