A major operation against distributors of child sexual abuse images online has resulted in the arrests of 75 suspects across 28 European countries.

“We know that individuals are abusing online platforms and networks to distribute child sexual abuse material and we are determined to target them and bring them to justice,” Steven Wilson, head of Europol’s European Cybercrime Centre, said in a statement.

Operation Daylight was launched last year after Swiss police notified Europol after uncovering a vast network of criminals involved in the sexual exploitation of minors online.

“Europol received the information in June 2015 from the Swiss authorities and disseminated intelligence packages in July 2015. Based on that intelligence, separate investigations were initiated in the concerned countries,” Tine Hollevoet, a spokesman for Europol, told Al Jazeera.

So far, some of the 75 arrested suspects have been prosecuted, and the investigation is still ongoing, Europol said.

Separately, an Italian police statement on Tuesday said that five people were arrested as part of the operation and 16 were reported to magistrates for producing and sharing child sex abuse images.

All the suspects had previously been “above suspicion”, with no previous criminal activity, the police statement said, according to the DPA news agency. All of the suspects were aged 50 or above.

“The operation has uncovered a vast paedophile network,” the Italian police statement said, adding that access to the online network where images were shared was “rigidly” regulated and required patient work to be infiltrated by police.

“Those networks continue to be a primary source for persons with a sexual interest in children who are seeking child sexual abuse and exploitation material online,” Europol said in the statement. 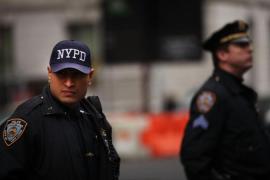 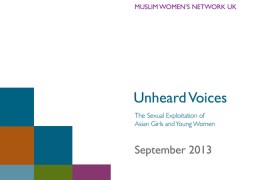 Agencies in Britain are teaming up to tackle sexual predators who prey on Asian and Muslim girls.