A major search is under way for 17 fishermen reported missing after an Indian trawler sank off the coast of Bangladesh.

Two Bangladesh Navy ships and a patrol aircraft were deployed on Saturday after a distress signal was sent from a ship travelling with the fishing boat that sank in the Bay of Bengal, officials said.

Waters were choppy when the trawler sank in the bay around 40 nautical miles (70km) north of Hiron Point in the Sundarbans – the world’s largest mangrove forest that straddles the India-Bangladesh border.

Hiron Point docking station is popular among both fishermen and tourists. 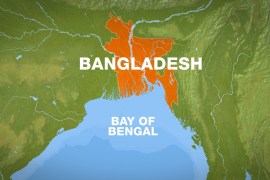 More than 24 people unaccounted for after boat carrying migrants capsizes and sinks in the Bay of Bengal, police say. 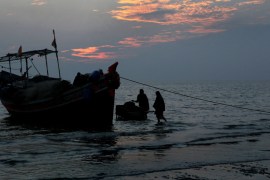 Pirates of the Bay of Bengal 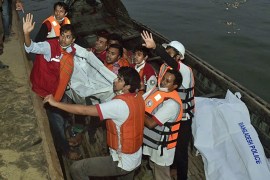 At least 69 people killed as vessel carrying about 140 passengers sinks after colliding with cargo ship.