The feature film Let Them Come, by Algerian director Salem Brahimi, revisits Algeria’s Black Decade, when the country was struck by continuous attacks that killed about 200,000 people in the 1990s.

The film, which details the plight of a family in the crossfire between government forces and religious extremists, was shown at the Institut du Monde Arabe in Paris in April and will be released in the city’s theatres this autumn. The film won two awards: the Jury Award in Dubai in 2015 and the Kosmorama New Directors Award in Trondheim, Norway, in 2016.

Brahimi, 43, the son of veteran Algerian diplomat Lakhdar Brahimi, made the film based on a book of the same title by Algerian author Arezki Mellal, published in 2000. Salem Brahimi has directed two previous documentaries in Algeria: Africa is Back, about the 2009 Pan-African Festival of Algiers, and a 2014 documentary film about the historical Algerian figure Emir Abdelkader.

Al Jazeera spoke with Brahimi about his film and his reflections on the political developments in his country and throughout the Arab world.

Al Jazeera: Why did you decide to work on this film?

Salem Brahimi: It was a slow process. I had already made a few films in Algeria, but there was always the elephant in the room: the Black Decade. I wanted to tackle it in a narrative feature because it is more personal, more experiential, so people could feel the reality of the Black Decade.

My producer [Michèle Ray-Gavras] stumbled upon the book Let Them Come, and it was love at first sight. I was shocked when I read the book, because it made me think about, how did we become a country plagued by terrorism? It was an overwhelming feeling.

You always wonder as an Algerian citizen about how we created a society where people could raid a village and kill children. I asked myself, “How did we generate that barbarity?” People who did that were our neighbours, our brothers. It’s easy to say the bad guys are the others. It’s very hard to admit that they came from our midst, and everybody should be asking themselves about this.

Right now, the French should be asking themselves the same question, about why they were struck by terrorism … I think that each society needs to take a hard look at themselves.

Why did we create these young men and women who are candidates for terrorism? I ask the question as an Algerian in my film.

Al Jazeera: Why do you think Algeria plunged into terrorism?

Brahimi: It’s a mix of factors. One of the original sins: the war in Afghanistan between the mujahideen and the Russians. When the Russians left Afghanistan, all those people returned to Bosnia and Algeria and became a trouble in their own societies. The riots in Algeria in 1988 were very similar to what happened during the Arab Spring in the rest of the region.

In October 1988, the youth were in the street, and the army shot at them. The army opened up the political game, and we realised that the most organised force of opposition was the Islamists, but when the Islamists were denied victory, their movement became a big recruitment base.

Al Jazeera: Do you have memories of what the country was like during the Black Decade?

Brahimi: I returned for brief periods … You could feel the decay, the fear, and friends and families would tell you about their daily ordeals. You leave in the morning to work and never know if you are coming back in the evening. I was very fortunate in the sense that I didn’t experience that on a daily basis, because my family lived abroad at the time.

Al Jazeera: What’s the main message of the film?

Brahimi: There’s a feel, not necessarily a message. It’s for the people to feel the decay, the fear. Terrorism is not just the act of violence. It basically stabs the society and bleeds it. It generates a culture of fear where people do not trust each other any more. The film also pays tribute to the many people who actually are the unsung heroes against terrorism.

The general population resisted in small, subtle ways, continuing to try to live their lives as normally as they could, refusing to succumb to fear. It was a very discreet, yet very real act of resistance. I wanted to give a sense of that. This is not a film about Islamism; it’s more universal, I hope.

It’s a film about barbarity. It’s about human history. This was our experience with barbarity as other cultures have had their own experiences with it. You cannot negotiate with barbarity; you cannot dance to its music. The moment you do that, you become barbaric yourself.

Al Jazeera: What do you think the Arab world can learn from the Algerian experience?

Brahimi: As the French say: “Comparison is not reason.” We can never predict what will happen. People are still in shock when something like 9/11 happened, or when the Paris attacks happened. We are always a step behind in history. One should be very humble about it. I don’t know how many lessons can apply.

Syria and Iraq will get over the nightmare for separate sets of reasons. The dynamics of Algeria are very different. The central government in Algeria, whatever you think about it, is nothing like Syrian President Bashar al-Assad’s regime. October 1988 is a stain that will haunt the regime as they shot at protesters. While the regime tried later to open up the political game, in Syria, the regime stuck to its guns.

Algeria learned the lesson through bloodshed. Extremist groups were so barbaric that the population sided with the central government. Iraq and Syria may stop the violence, but when it is far too late, just like Algeria did after 200,000 civilians were killed.

I believe that there is always a point where exhaustion and common sense somewhat prevail. After years trying to find a military solution, that will only create more victims; things are bound to change.

It’s the nature of war. The war is not meant to go on for ever. None of the players of this deadly game have gotten to that point. Right now the idea seems to be, “Let’s continue to the last Syrian.”

Al Jazeera: Now that Algeria is calmer, what’s the cultural life like?

Brahimi: Algeria, like many Arab countries, has always had thinkers. Because of the socialist backbone of the state in Algeria, we have intellectuals and others who are a voice of contestation. What is sad is that we aren’t doing enough. Artists, and people who create culture, lost their role in society; they’re marginal, and that’s dangerous.

The availability of culture is a real challenge. We don’t have enough cinemas. We have a vibrant book scene, authors who are published internationally, but it’s very sad that there is an elitist nature to culture. Books are available, but not that available. This wasn’t so much the case in the 1970s, and we lost that.

The real priority is to create a culture that encourages the public to attend movies. The cultural scene is not developed enough.

Al Jazeera: Is Algeria opening up more to the world?

Brahimi: It is, but too slowly. Over the past 10, 15 years, it is opening more and more. But old habits die hard. We are obsessed with sovereignty and closed to foreign investment, but I think it makes us too removed from the world. We confuse sovereignty and what it takes to function in the world. It will change through younger generations and through practical reasons. The oil prices will force us to interact with the world.

Al Jazeera: What about political change?

Brahimi: When you look at Algeria 20 years back, 30 years back, you can’t say that the country didn’t change. We had a unique one-party system, then the Islamists won, then a civil war. We do have freedom of expression in the press to a certain extent. We do have a multi-party system and an opposition. The problem is that right now, we don’t know what is on the horizon.

If you’re very honest, the political game is locked. We don’t know what the next step is going to be in terms of governance, ideas.

None of the political parties really do have a plan. I was in Algeria just after the so-called Arab Spring. Many said, good luck with that, “we’ve been there 20 years ago. We would love for our Tunisian brothers to learn from our mistakes, but we don’t want any of that.”

It’s a dangerous factor of immobility; people want change but they’re afraid of it. It’s a politician’s job to propose change. The vaccine of terrorism has played its part. Many want stability over everything else. It’s a very sad way to look at stability. But vaccines can wear off.

We have quite a lot of stuff happening. Our old demons are not far from us. I am glad that we learned some lessons from the past, but it should not justify a standstill. Algerian people deserve better than that – and that should be our future. 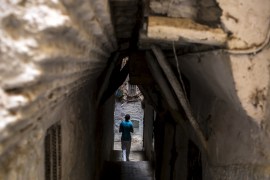 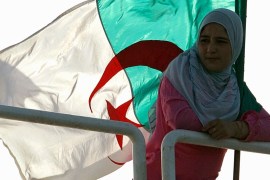 In recent years, many French entrepreneurs of Algerian descent have moved to Algiers to launch businesses.