A 44-year-old activist who had been on a hunger strike for almost 16 years to protest against alleged brutality by India’s military in the country’s northeastern state of Manipur ended her protest on Tuesday.

Today is a very historic day for the people of Manipur and it is a day of mixed feelings. First of all, the iconic struggle of 16 years of living without food, though she was fed through the nose, showed to the whole world how India as a democratic country has failed.

Manipur, which is home to 2.2 million people, has not been in a democratic state of affairs for the last 30 or 40 years.

In terms of Sharmila taking a plunge into politics, the Indian political and democracy system right now is extremely dirty and corrupt, particularly in Manipur where it is men with guns and drugs who rule the roost.

For the last five to six years, we have been talking to her because even … Mahatma Gandhi [who used] it as a political tool says fasting should be used as a means, not an end in itself.

We’ve been speaking to her [Sharmila] to change her strategy. But as I said, the whole movement with the repeal of the armed forces special special powers act started even before Sharmila.

We cannot rest. She is an icon for us. We love her dearly. But [she’s] an icon alone.

For us, the struggle is not the fast, but the repeal of the draconian armed forces special powers act, which was put in the Indian parliament in 1958 and [still exists].

Irom Sharmila said that she plans to stand as an independent candidate in elections early next year.

Sharmila had not eaten any food voluntarily since November 5, 2000, when she began her protest against an Indian law that suspends many human rights protections in areas of conflict. Three days earlier, 10 civilians were killed by paramilitary troops in Malom, a small town on the outskirts of Imphal, the Manipur state capital.

Three days after she started her hunger strike, she was arrested on charges of attempting suicide, which is illegal in India. Her lawyer has denied that Sharmila was trying to commit suicide, insisting that her hunger strike was a form of protest.

Prison officials at a government hospital in Manipur have since force fed her through a tube in her nose.

“The only way to bring change is electoral process. I will stand as an independent candidate from Malom constituency,” said Sharmila, who is also known as the “Iron Lady of Manipur.”

She said the single issue on her agenda would be the removal of a law that allows the military to act with impunity.

The Armed Forces Special Powers Act is in effect in Indian-ruled Kashmir and northeastern areas racked by separatist rebellions.

The law says troops have the right to shoot to kill suspected rebels without fear of possible prosecution and to arrest suspected fighters without a warrant. It also gives police wide-ranging powers of search and seizure.

It prohibits soldiers from being prosecuted for alleged rights violations unless granted express permission from the federal government. Such prosecutions are rare.

Sharmila has spent most of her detention in hospital, where doctors made sure her condition was stable. She is also required to report to a local court every 15 days.

Her long hunger strike garnered support from across the world, and Amnesty International has called her a prisoner of conscience. 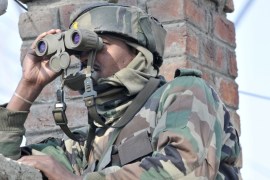 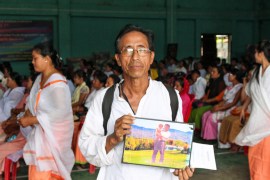 After decades of disappearances and deaths, recent ruling in insurgency-affected eastern state raises hope for justice. 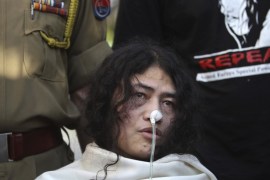