At least 52 people have been killed and tens of thousands evacuated as floods driven by torrential monsoon rains ravaged India’s eastern states, according to officials and news reports.

Federal Home Minister Rajnath Singh, who toured the worst-hit areas in the northeastern state of Assam, said on Saturday that 26 rain-related deaths had been reported over the past week.

“The situation is grim. No efforts are being spared to help people, but we need an action plan to deal with such a serious flood situation,” Singh told reporters in the state capital of Guwahati.

State disaster management authorities said an estimated two million people had been affected, including being displaced, stranded in their homes, or suffering damage to their crops, land or livelihood.

Soldiers were rescuing villagers from low-lying and inundated areas.

Tens of thousands of flood victims were moved to more than 350 relief camps.

More rain has been forecast in the flood-hit regions over the next few days, and authorities said they had requested help from the army.

Scores of people die every year from flooding and landslides during the monsoon rains in India and the neighbouring countries of Nepal and Bangladesh.

In Nepal, floods and landslides have killed more than 90 people at a time when millions of people are still living in makeshift huts, after a devastating earthquake that killed nearly 9,000 people in 2015.

In neighbouring Bangladesh, the Dhaka Tribune reported that four people had died in recent days due to the flooding.

The country’s disaster agency reported that close to 1.5 million people had been affected by the flooding, according to another news website, The Daily Star. 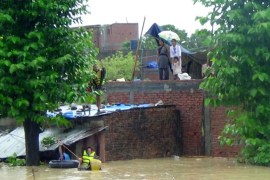 Nepalese army called in to help as monsoon rains kill 64 people, with at least 20 still missing. 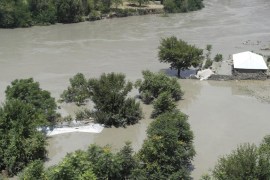