Philippines’ communist rebels will declare a ceasefire “very soon”, their chief negotiator has said, in response to President Rodrigo Duterte’s ultimatum to stop fighting by Saturday.

Speaking to Al Jazeera on Friday, Luis Jalandoni, chairman of the National Democratic Front of the Philippines (NDFP), said the armed group’s fighters on the ground were maintaining an “active defensive mode”, ahead of a truce announcement.

“That means there’s no offensive being planned,” Jalandoni said, adding that the ceasefire could be declared “within a day, or a few days”.

Earlier on Friday, Duterte had told the state-owned broadcaster RTVM that the rebels’ New People’s Army (NPA) has until 04:00 GMT on Saturday to declare its own ceasefire, or fighting will resume.

The military estimates the current strength of NPA, which is the armed wing of the NDFP, at about 4,000 fighters, significantly down from more than 26,000 at its peak in the late 1980s.

Profile: Rodrigo Duterte to take helm in the Philippines

The Saturday deadline was set by Duterte after a rebel ambush in the southern island of Mindanao on Wednesday left one government militia member dead and four others wounded.

The recently-elected president had initially threatened to withdraw his ceasefire order by Friday, but the deadline was extended after the rebels promised to investigate the attack.

The president said he also demanded an explanation from the communists about the attack, and asked them to punish the rebels behind the assault.

The militiamen were withdrawing from a security mission, and were traveling back to their base when rebels carried out the attack, according to military spokesman Colonel Edgard Arevalo.

Despite the rebel action, Arevalo said the military would continue to enforce the truce.

Meanwhile, Jalandoni told Al Jazera that NDFP’s own investigation found that the military continued “offensive operations”, even after the president’s declaration of a ceasefire last Monday.

Jalandoni blamed the army for “misleading” Duterte about the encounter on Wednesday, and for causing “embarassment” to the president by “violating” the truce order.

“I think the president should not issue an ultimatum,” Jalandoni said. “He should not just believe what the military has given to him.”

Jalandoni acknowledged that one person was killed by the rebels during the incident, but said the man was a member of a government militia “notorious for carrying out human rights violations” against minority ethnic groups in Mindanao.

Duterte was swept to power in May on a wave of public anti-establishment frustration over crime and poverty, winning 16 million votes.

After becoming president, Duterte gave concessions to the rebels, naming left-wing activists to two Cabinet posts and moving to resume peace talks with them, starting on August 20 in the Norwegian capital of Oslo.

But Jalandoni told Al Jazeera that communist negotiators were still awaiting for the president to make good on his promise to declare a “general amnesty for political prisoners” numbering up to more than 500 people.

He also called for the “immediate release” of 22 detainees whom he identified as “peace consultants”. 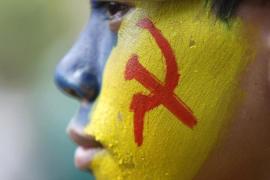 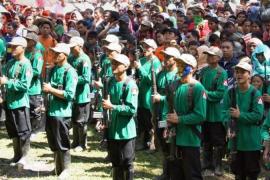