Floods and landslides have left 64 people dead after heavy and steady monsoon rains hit Nepal. A further 20 remain missing, and thousands of others have been forced to leave their homes.

Many houses and bridges have been swept away in several parts of the country as the torrential downpours caused rivers to burst their banks.

At least 36 people have died in the Pyuthan district in western Nepal.

Meanwhile, the district police office in Butwal is quoted by the Himalayan Times, saying the flooding has put more than 6,000 people at risk and police are working to move them to a safer area.

Pyuthan and Butwal are among 14 of Nepal’s 75 districts affected by the floods and landslides triggered by the monsoon rains.

The Nepal army is racing in to help evacuate hundreds more from flooded villages as the waters continue to rise after swollen rivers breached their banks and inundated many homes.

Water levels were close to dangerous levels along the Saptakoshi and Narayani rivers. In fact, water flow in the Saptakoshi river has now crossed this year’s highest mark after 10 days of persistent rain.

The situation is particularly desperate this year because millions of Nepalis are still living in tents or makeshift huts after the devastating earthquakes that killed nearly 9,000 people in 2015.

Floods and landslides are common in Nepal during the southwesterly monsoon season which runs from June to September.

The death toll runs into the hundreds every year. 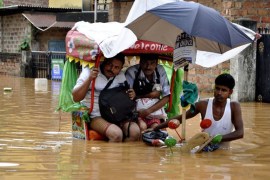 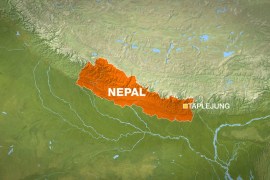 At least 13 dead and scores injured in landslides, just weeks after deaths of thousands in earthquakes. 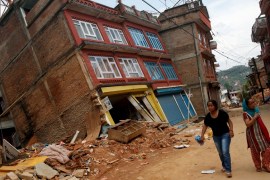