Turkish President Recep Tayyip Erdogan has issued a decree to close 2,341 institutions – including schools, charities, unions and medical centres – in the wake of an attempted coup, the state-run Anadolu news agency reported on Saturday.

The decree, which local media noted as being the first taken under the powers of the state of emergency, also extends the legal time a person can be detained to 30 days.

The decree has been entered into the Official Gazette of the government. A government official insisted the institutions targeted all have connections to the movement of US-based preacher Fethullah Gulen, who Erdogan blames for the failed putsch.

The measure will now move to parliament, which is dominated by Erdogan’s conservative Justice and Development Party (AKP). The legislature has oversight powers on such decrees, adopted as part of the state of emergency which entered into force Thursday.

Turkey has suspended 37,500 civil servants and police officers in the wake of the coup, including many from the education ministry, and also revoked the licence of 21,000 teachers. The education ministry said it was looking to close more than 600 schools.

The number of people detained has surpassed 10,000, while more than 4,000 of those have been arrested. More than 7,000 of those detained are soldiers, including at least 120 generals.

The rapid pace of arrests since the failed coup last Friday has worried many of Turkey’s Western allies, who say they see Turkey going down an increasingly authoritarian road.

The government has vowed to “cleanse” the civil service of Gulen supporters.

Ankara has also intensified checks on Turkish citizens, leaving the country in a move to prevent people associated with the attempted coup from escaping.

Some 11,000 passports were voided, civil servants have been called back from leave and citizens are required to show proof of employment when trying to leave the country.

Erdogan said the state of emergency is necessary to restore order after the attempted coup, which left 260 dead. Turkey is also demanding that the United States extradite Gulen.

Gulen, a Turkish-born cleric, was a one-time ally of Erdogan but the two fell out in recent years over a number of policy issues and personal clashes, according to officials, reports and insider accounts.

The US has said it has yet to receive sufficient evidence on Gulen to weigh an extradition request, while the cleric denies involvement in the putsch.

On Friday, Erdogan held his first face-to-face meeting with Hakan Fidan, the head of the MIT intelligence agency, since the coup attempt a week before, CNN Turk reported. Erdogan has admitted there were intelligence failures in the lead-up to the putsch. 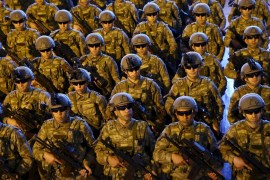 Turkey in shake-up of security forces after failed coup 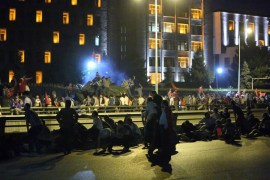 This coup attempt was defeated by the citizens of Turkey, regardless of their political affiliation. 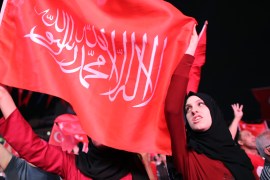 Various sections of Turkish society came together against the putsch, but deep divisions are only likely to intensify.