The US Justice Department has said it wants to seize more than $1bn in assets linked to Malaysia’s 1MDB state investment fund.

The department said on Wednesday the assets were “associated with an international conspiracy to launder funds misappropriated” from 1MDB.

Also included were artworks by the painters Monet and Van Gogh, as well as a Bombardier Global 5000 business jet.

In a press conference in Washington DC, US Attorney General Loretta Lynch said officials used the sovereign fund as a “personal bank account”.

Lynch said the move was part of an efffort “to combat global corruption” and ensure that the US would not serve as a “safe haven to those who illegally use public funds for private gain”.

The fund is owned by the Malaysian government, but none of the lawsuits named Prime Minister Najib Razak, who has consistently denied any wrongdoing.

However, the case named Riza Aziz, his stepson, as a “relevant individual” in the case.

The complaint, filed in Los Angeles, alleges a complex money-laundering scheme that the Justice Department said was intended to enrich top-level officials of 1MDB.

The fund was created in 2009 by the Malaysian government with the goal of promoting economic development projects in the Asian nation.

Instead, officials at the fund diverted more than $3.5bn over the next four years through a web of shell companies and bank accounts in Singapore, Switzerland, Luxembourg and the US, according to the complaint.

The funds were used to pay for luxury real estate in the US and Europe; gambling expenses in Las Vegas casinos; a London interior designer; more than $200m of artwork by artists including Van Gogh and Monet; and for the production of films, including the 2013 Oscar-nominated movie The Wolf of Wall Street.

The complaint said that among those who profited from the scheme was the prime minister’s stepson Aziz, who co-founded Red Granite Pictures, a movie production studio whose films include The Wolf of Wall Street.

A phone message at the movie studio on Wednesday morning was not immediately returned.

Malaysian government officials had no comment on Wednesday in response to queries about reports of the US justice department’s action. 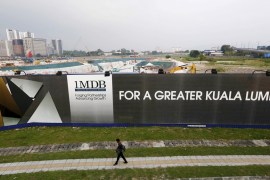 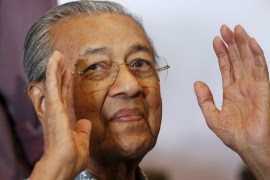 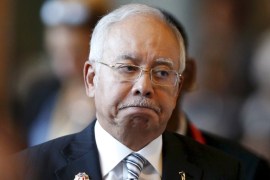 Prosecutor to launch inquiry into allegations of money laundering by Malaysia’s 1MDB, a fund linked to PM Najib Razak.