At least 98 people have been killed and 800 others injured in an unusually violent hail storm and tornado that swept across eastern China’s Jiangsu province.

Winds of up to 125km an hour struck near Yancheng city, a few hours’ drive north of Shanghai, early Thursday.

Nearly half of those injured are in serious condition, the Chinese Ministry of Civil Affairs has said.

China’s President Xi Jinping ordered “all-out rescue efforts” in what the country’s official press agency has called one of the worst disasters ever to hit Jiangsu, and one of the worst tornados to hit China in half a century.

The head of the provincial fire corps, Zhou Xiang, said the search for survivors in the debris had been completed, and the clean-up was now under way, according to the news agency.

Flooding is common during the summer monsoon season in the south of China, but rainfall has been particularly heavy this year.

Many parts of China have been affected by torrential rains this week as summer rainstorms have been heavier than usual, causing damage across the country.

Earlier this week, floods in the south killed at least 22 people and left 20 missing. 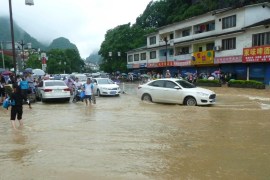 China’s Meiyu-baiyu seasonal rains intensify, bringing widespread disruption to much of the country. 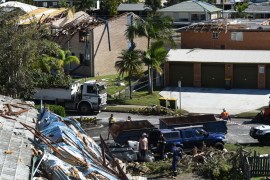 Only two weeks after the last round of severe weather, Queensland is slammed by damaging winds and flash floods.