Smokers in Thailand have been paying considerably more for their cigarettes after the government introduced a tax increase earlier this year.

The three-percent tax hike caused cigarette prices in the country to go up by 30 to 76 cents and resulted in an immediate downturn in sales by around 15 percent.

But, in a move that upset anti-smoking campaigners, the government’s own tobacco company responded to the new regulations by offering a cheaper alternative.

The new brand, which is slightly smaller in diameter than standard brands, costs about 40 baht ($1.12) a pack.

The tobacco company says that it is simply “trying to protect the health of low-income smokers” with the new, cheaper brand.

It claims a cheaper brand of cigarettes keeps smokers from rolling their own unfiltered cigarettes or buying illegally imported, untaxed ones.

READ MORE: E-cigs and vaping for Muslims go up in smoke

But, anti-smoking campaigners in Thailand said the decision was made for financial reasons, not health.

“All cigarettes are the same,” Prakit Vathesatogkit, from the Action On Smoking And Health Foundation, told Al Jazeera.

“The expensive one, the cheaper one, the hand roll; no difference, they are all tobacco.”

It is estimated that the number of smokers in Thailand has fallen by around seven million in the past 30 years.

According to the Thai Health Promotion Foundation, there are about 12 million smokers in Thailand, a country of 67 million people. 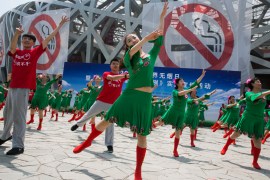 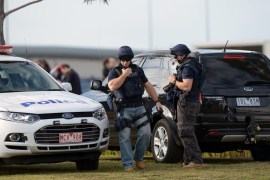