Saudi Arabia and Iran have failed to reach a deal on arrangements for Iranians to attend this year’s Islamic pilgrimage to Mecca, with officials from both countries trading accusations on who was to blame for the impasse.

Saudi officials accused their Iranian counterparts of walking out of talks early on Friday, despite what they said were offers for “solutions” to the Iranian demands.

A statement from Saudi’s pilgrimage ministry said the Iranian government “will be responsible in front of Allah Almighty and its people for the inability of the Iranian citizens to perform Hajj for this year”.

It added that the Saudi leadership “has stressed its categorical rejection to politicise Hajj rituals”.

Saeed Ohadi, head of Iran’s office that organises the pilgrimage, earlier told Iran’s state television, Press TV, that his country will not send pilgrims to Saudi Arabia unless their safety is ensured.

Ohadi also said the “lack of a unified decision” by Saudi officials is causing the delay in the agreement.

Every year, millions of Muslims travel to Mecca and Medina, Islam’s holiest sites, which are under the custody of Saudi Arabia.

Last year, hundreds of pilgrims were killed during a stampede outside of Mecca. Iran said at least 460 Iranians were killed in the incident last September.

Jamal Khashoggi, a Saudi political analyst, told Al Jazeera that Iran’s decision to walk out of the two-day talks “was a surprise”.

“They have to answer to their own people,” Khashoggi said, adding that Saudi had made concessions for Iranian pilgrims.

Last May, the two countries also failed to reach an agreement on the same issue.

According to Saudi’s Ministry of Hajj and Umrah, the government has agreed to issue electronic visas to Iranians in Tehran through the Swiss embassy, which represents Saudi Arabia. There was also an agreement that the Swiss embassy in Riyadh look after Iranian pilgrims.

That is contrary to reports in Iran saying that no Iranian planes would be allowed into Saudi Arabia.

Talks between the two countries have been complicated after Riyadh cut diplomatic ties with Iran as a result of a violent protest that destroyed its embassy in Tehran. The protest was triggered by Saudi Arabia’s execution of Shia cleric, Nimr al-Nimr.

Despite the gridlock, Saudi Arabia said it is “always ready” to help arriving Iranian pilgrims. 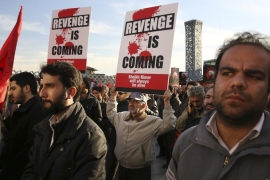 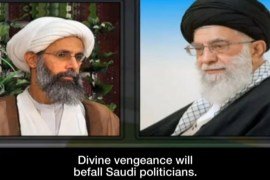