Cyclone Roanu battered the coast of southern Bangladesh on Saturday, forcing half a million people to flee their homes and leaving 23 people dead in floods and rain-triggered landslides.

Authorities in low-lying Bangladesh took more than 500,000 people into shelters as the cyclone made landfall just after midday local time (0600 GMT), packing winds as strong as 88km per hour.

The cyclone damaged tens of thousands of mud-and-tin houses in the impoverished southern districts, with many low-lying villages inundated by a storm surge that swelled up to seven feet (two metres) high.

Al Jazeera’s Tanvir Chowdhury, reporting from the capital, Dhaka, said the damage was expected to “be far worse.

“That toll could rise because a lot of people who live in the remote coastal islands are fishermen and farmers,” he added, explaining that authorities will not be able to access these areas until late on Saturday or Sunday.

“The real impact can be seen tomorrow when we visit these islands and see how many people are missing,” Chowdhury said.

“We’ve shifted most of the people who are vulnerable,” Disaster Management and Relief Minister Mofazzal Hossain Chowdhury Maya told a news conference.

“All-out preparations are in place to tackle the damage.”

Authorities are now evacuating people from the hilly region in the Chittagong port city amid fears that heavy rains might cause more landslides.

Officials suspended flights at Chittagong airport in the southeast while the Bangladesh Inland Water Transport Authority imposed restrictions on the movement of all ships and ferries.

“The sea will remain very rough near the cyclone centre,” it said. 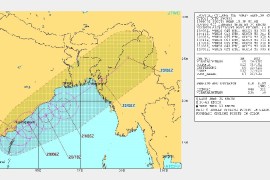 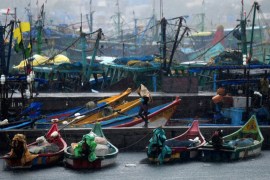 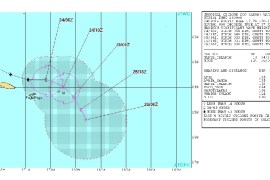