Israel’s military says its aircraft struck infrastructure in Gaza used by Hamas, which governs the Palestinian enclave, in response to what it said were mortar fires at its forces along the border.

Palestinian witnesses said there were two sets of air raids, one targeting Beit Lahia in northern Gaza and the second in Khuzaa, southeast of Khan Yunis, in the south of the territory, AFP news agency reported.

There were no reports of any casualties.

It was the fourth air raid on Gaza since Wednesday, when direct clashes between Hamas and Israeli forces broke out for the first time since a devastating 2014 war that killed at least 2,200, mostly Palestinians.

On Thursday, a 53-year-old Palestinian woman was killed and several others wounded in earlier air strikes on the besieged territory.

Gaza Health Ministry spokesman Ashraf al-Qedra said that the woman, identified as Zeina Al Omor, had been killed and several others injured by shrapnel in the southern Gaza city of Khan Yunis.

Israel launched the first strikes in southern Gaza late on Wednesday in response to what it called mortar attacks on Israeli troops along the border.

Early on Thursday, it launched strikes on four targets in northern Gaza and another four in the south later in the day.

It said it was the first time since the 2014 Gaza war that it had done so.

However, the area remains effectively occupied as Israel retains control of its air space, seafront and all vehicle access, blocking trade and free movement for the territory’s nearly two million residents. 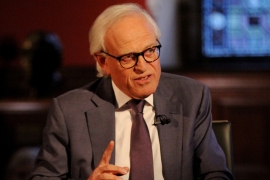 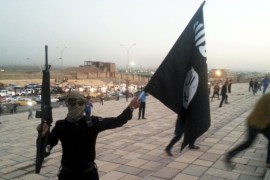 Palestine: Still key to stability in the Middle East

It seems ISIL has recognised the value of using Palestine to appeal to the hearts and minds of the region.