Russia will take retaliatory measures if NATO deploys more battalions in Poland and the Baltic states and will reinforce its western and southern flanks with new divisions, officials said.

Andrei Kelin, a department head at Russia’s Foreign Ministry, said on Wednesday that the proposed NATO deployment spoken of by various officials was a source of concern for Moscow.

Russia has scrambled jets to intercept United States reconnaissance planes in recent weeks and made simulated attack passes near a US warship in the Baltic Sea.

READ MORE: Why the West must embrace Turkey, not push it away

US Defense Secretary Ashton Carter said on Monday that NATO was weighing up rotating four battalions of troops through eastern member states amid rising tension in the Baltic.

NATO’s new supreme commander US General Curtis Scaparrotti said on Wednesday that he would “strengthen” the alliance’s stance in Eastern Europe against a resurgent Russia.

At a handover ceremony from his predecessor Philip Breedlove, the former commander of US forces in Korea also said that NATO should consider whether to provide Ukraine with weaponry as it battles pro-Russian rebels.

Kelin, talking of the proposed NATO build-up in Eastern Europe, told the Interfax news agency that it would be a “very dangerous” move.

“I am afraid this would require certain retaliatory measures, which the Russian Defence Ministry is already talking about.”

New divisions to be deployed

On Wednesday, Russian Defence Minister Sergei Shoigu said the new divisions would be formed by the end of this year and were being created to counter what Moscow saw as NATO’s growing strength.

Russian media, citing unnamed military sources, said the new divisions would most likely be motorised rifle ones and number around 10,000 soldiers each.

Russia has reacted angrily to NATO’s increased military presence in countries that were once part of the Soviet Union and to military exercises close to its borders.

Moscow’s annexation of Ukraine’s Crimea in 2014, sparked anxiety in the region, and Estonia, Latvia and Lithuania have asked the alliance to expand its presence on their soil as a deterrent.

The Kremlin strongly denies having any intention to attack the Baltic countries, but has often said that it feels they have become an aggressive “russophobic kernel” pushing NATO towards a consistently anti-Russian course. 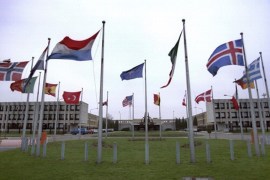 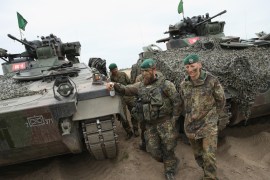